Alex Jesaulenko scored 8 goals in this final, while Ted Hopkins showed half of what he would do in the grand final after coming off the bench in the second half.

Syd Jackson was let off with a reprimand after claiming his strike was a reaction to a racial slur. Syd later admitted that there had been no such slur. Collingwood have never forgotten nor forgiven this incident.

Rohan Rivett's review of the match from the Canberra Times.
To read click here> http://nla.gov.au/nla.news-article110460672 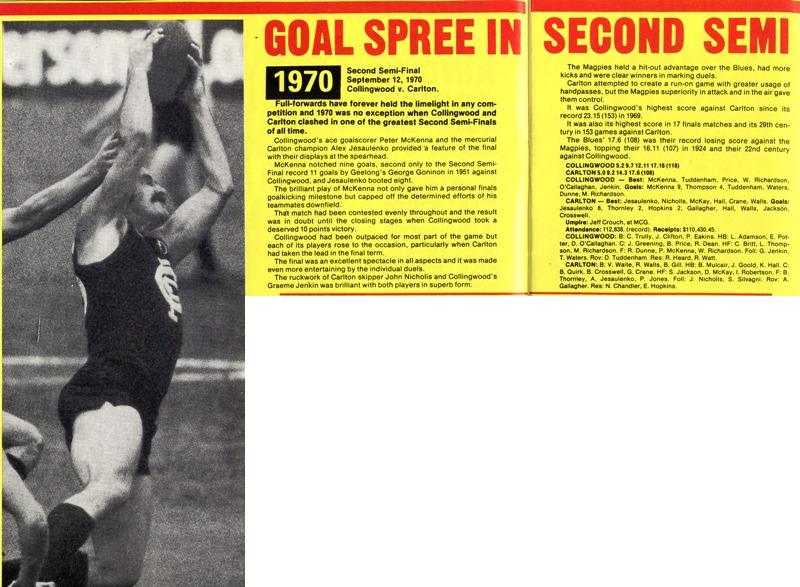