He played exactly 100 games for the Navy Blues, and kicked all his career goals in one match. His first senior game ended in a draw, and he waited almost a year to play his second. He won his club’s Best and Fairest award before he had completed thirty matches, and he was an integral member of a Carlton team that waited 23 years for a Premiership. He is Daniel Gordon ‘Don’ McIntyre – the Blues’ back pocket dynamo for eight seasons in the era of World War II.

Born in Geelong, and a star full-back for the Pakenham Football Club by his late teens, McIntyre was not only residentially tied to Geelong under the VFL rules of the day, he was also a staunch Cats’ supporter. That was until Carlton slipped under Geelong’s guard, and convinced him that his opportunities were greater at Princes Park. Don began his senior career in round 7 of 1935 against Footscray at the Western Oval, when he lined up in a back pocket alongside Carlton’s resolute full-back Frank Gill. The Blues played all over the Doggies that afternoon, but wayward kicking for goal proved costly, and Footscray escaped with a draw.

McIntyre’s game on that windy afternoon showcased his potential, so Carlton approached Geelong seeking a clearance for him. By the time an agreement was reached however, a new season was well underway. Eventually, Don was named as 19th man against Collingwood in round 6 of 1936, at Princes Park, and marked his return by pushing forward and kicking his only two career goals, as the Blues lost a typically torrid encounter by one straight kick.

From then on, McIntyre made the back pocket in Carlton’s senior team his domain. A natural defender with good pace and superb judgement, he was courageous, and rarely lost his man. All of those qualities were on display when he appeared in his first VFL final in September, and Carlton lost a tight Semi Final to Melbourne by 9 points.

In 1937, one of the great last defensive lines of any era in Carlton’s history was formed when Don McIntyre, Frank Gill and Jim Park combined in the teeth of Carlton’s goal. Although the Blues missed out on the finals by two points, McIntyre’s consistent good form – boosted by his confidence in Park and Gill – won him Carlton’s Best and Fairest award and placed him among the elite players in the game.

By 1938, Carlton had endured a Premiership drought of 23 years, and it took the vision of a great administrator; Sir Kenneth Luke, to finally break it by convincing the club to appoint former South Melbourne champion Brighton Diggins as captain-coach. Diggins promptly galvanised a talented, but previously uninspired team, and when the Blues accounted for Collingwood in a classic Grand Final, Don McIntyre celebrated his 50th match in the best possible way. A massive, record crowd of more than 98,000 spilled onto the playing field that day, when a jubilant Carlton claimed VFL flag number six.

While 1939 was overshadowed by political tensions that would eventually lead to another major war in Europe, Carlton suffered a Premiership hangover and slipped down the ladder to fifth. Yet one of the positives to come out of that disappointment was the continued excellent form of the Carlton defence. The Blues conceded the least points of any team that year, thanks to the remarkable stability of their back six. McIntyre, Gill and Jim Francis played every game, while Jim Park, Frank Anderson and Bob Chitty missed just one match each. 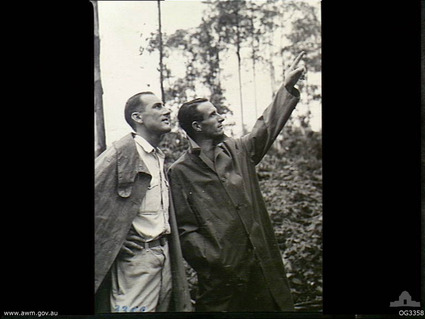 When World War II did eventually erupt in September 1939, it heralded the start of a bleak six years for all twelve VFL clubs. After enlisting in the RAAF, McIntyre played finals football for the last time in 1941. He was already in uniform, but still managed another six games in 1942, and brought up game number 100 in the last of them – an extraordinary match against Fitzroy at the Brunswick Street oval in August.

Carlton seemed beaten at the last change that afternoon, trailing the ‘Roys by five goals. But inspired by their captain Bob Chitty, who set up a wall across half-back, the Navy Blues came storming back into the contest. At full-forward, Jim Baird shrugged off the Fitzroy defenders and began marking everything that came his way in a barnstorming finish. He kicked five great goals for the quarter, to finish the match with seven, as Carlton came from the clouds to win by 17 points and ensure that McIntyre finished his playing days with yet another highlight.

Don went off to be trained as a pilot after that, and thankfully survived, after flying a variety of aircraft in operations in northern Australia and New Guinea. He was discharged in May 1946, and came home to resume his pre-war occupation as a school teacher.

In 1939 Carlton were in Sydney to play NSW on the Sydney Cricket Ground, July 29.
The Sydney Morning Herald - July 25, wrote of each member of the visiting Carlton team.
It said of D. G. McIntyre: 24, 5ft 11in. 12st. 5lb. Plays in the back pocket, and represented against South Australia last year.

Don's brother, A. McIntyre was named in The Argus of 27 March 1936, as a recruit at Carlton.
He was named on a half back flank in a Carlton Recruits team in a practice match held at Coburg on the 28th, against a team of Coburg Recuits.
(See Lower Grades - Reserves, 1936)