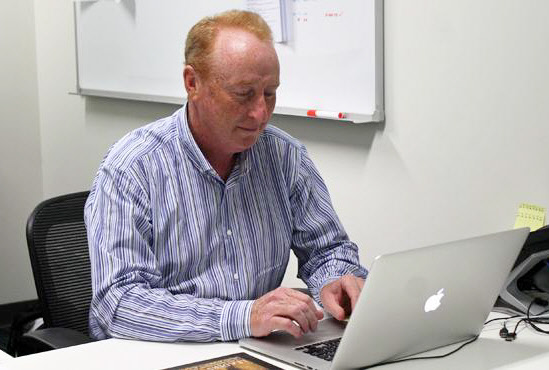 By 2012, when he was elevated to the position of National Recruiting Manager at Carlton, Shane Rogers had reached the pinnacle of a career in AFL football administration spanning almost 20 years at four clubs. Back in 1995, he had been a part of the organisation that paved the way for Carlton’s 16th Premiership, before moving on to executive positions at Footscray, Fremantle and Collingwood.

During his second stint with the Navy Blues, Rogers was chosen to succeed Wayne Hughes as Carlton’s chief recruiter, and spent two somewhat turbulent years in the job. The list of players drafted or traded to Carlton under Rogers’ jurisdiction included Troy Menzel, Nick Graham, Sam Docherty, Andrejs Everitt, Patrick Cripps and Kristian Jaksch – however, Rogers and his support team were rarely out of the spotlight and regularly criticised.

The situation broke open early in 2014, when Carlton powerbroker and former director Bruce Mathieson went public with a statement that described the club's recruiting department as the worst in the league. Only a matter of weeks afterward, it was revealed that the Blues had made a brazen, big-money attempt to lure Hawthorn’s ace recruiter Graham Wright to Princes Park, and neither Rogers nor the Hawks were impressed.

Forced into damage control, Carlton streamlined the club’s recruiting department and signed Rogers to an upgraded contract. Meanwhile, a new President in Mark LoGiudice had taken office and already stated that one of his priorities was to improve the club's recruiting and list management. At season’s end, LoGiudice showed that he had meant what he said by announcing that one of Carlton’s most revered figures – former champion full-back Stephen Silvagni – had agreed to return to Princes Park as the Blues’ List Manager, a role he had previously filled with distinction at Greater Western Sydney.

It was soon apparent that Rogers was unhappy with this decision, and in late February 2015, he tendered his resignation. Two months later, he joined his fifth AFL club when he accepted an offer from the Brisbane Lions to take on a role as their senior talent scout, based in Melbourne.