Carlton defeated St Kilda by 8 points - MCG. Carlton had their first victory in a final since 1921, winning without Vallence. Horrie Clover kicked 5 goals.

Carlton went into the match without leading goalkicker Harry Vallence and met St Kilda who were missing Carr, Sanneman and Ludlow. The Blues dominated the Saints in the first quarter, scoring 4 goals to nil, but the Saints slowly clawed they way back into the game.

A dust storm hit the ground, making the players difficult to spot from the stands and conditions difficult for both sides. After this passed Carlton settled faster and kicked 4 goals, and while St Kilda kept trying they couldn't close the gap. The Saints weren't helped by injuries, losing a ruckman and wingman during the match.

Horrie Clover was the star for the Blues, kicking 5 goals and beating three different opponents, while Fred Phillips was St Kilda's best player. Other Carlton players to feature prominently were Joe Kelly and Charlie Davey.

"Viewing the possibilities dispassionately, and critically, after closely scanning the dispositions of the teams placed, one felt the result really depended on Clover, the former Carisbrook player, being what may be described as the king-pin centre half-forward of the League. It is a key position, and there was no Clover in the ranks of the opposition."
"Though there were many subsidiary causes, Clover won the game for Carlton. He was the centre of attraction for the Carlton followers and centre line, and when the magnificent play of St. Kilda's defenders prevented Clover from operating to the utmost limit of his power Green acted as a reliable and clever second string."
(Trove: Australasian September 14 p30)

The Semi Final was filmed using new cameras purchased by Australasian Films Ltd. These cameras provide full view as well as close-up shots.
The State Theatre screened the film this evening and throughout the week. 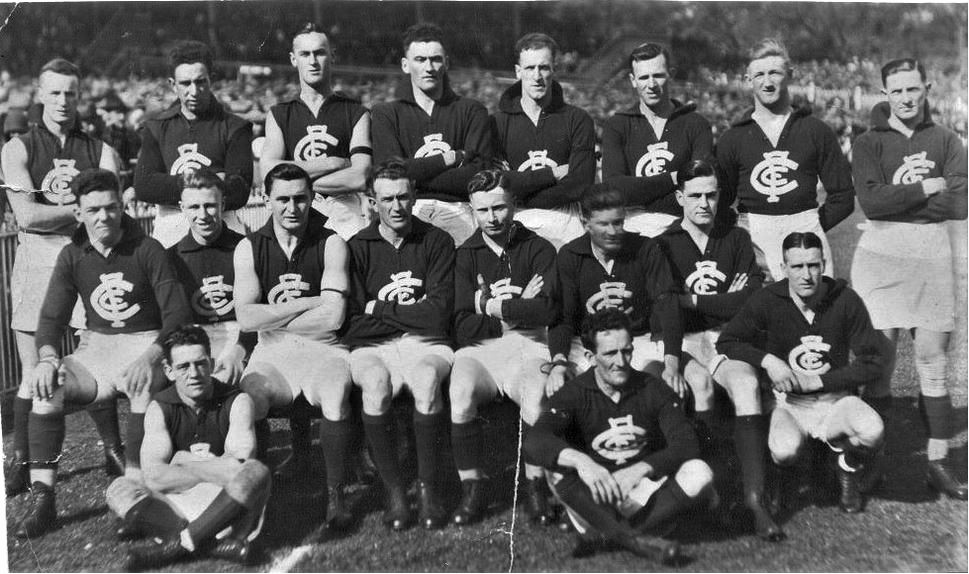 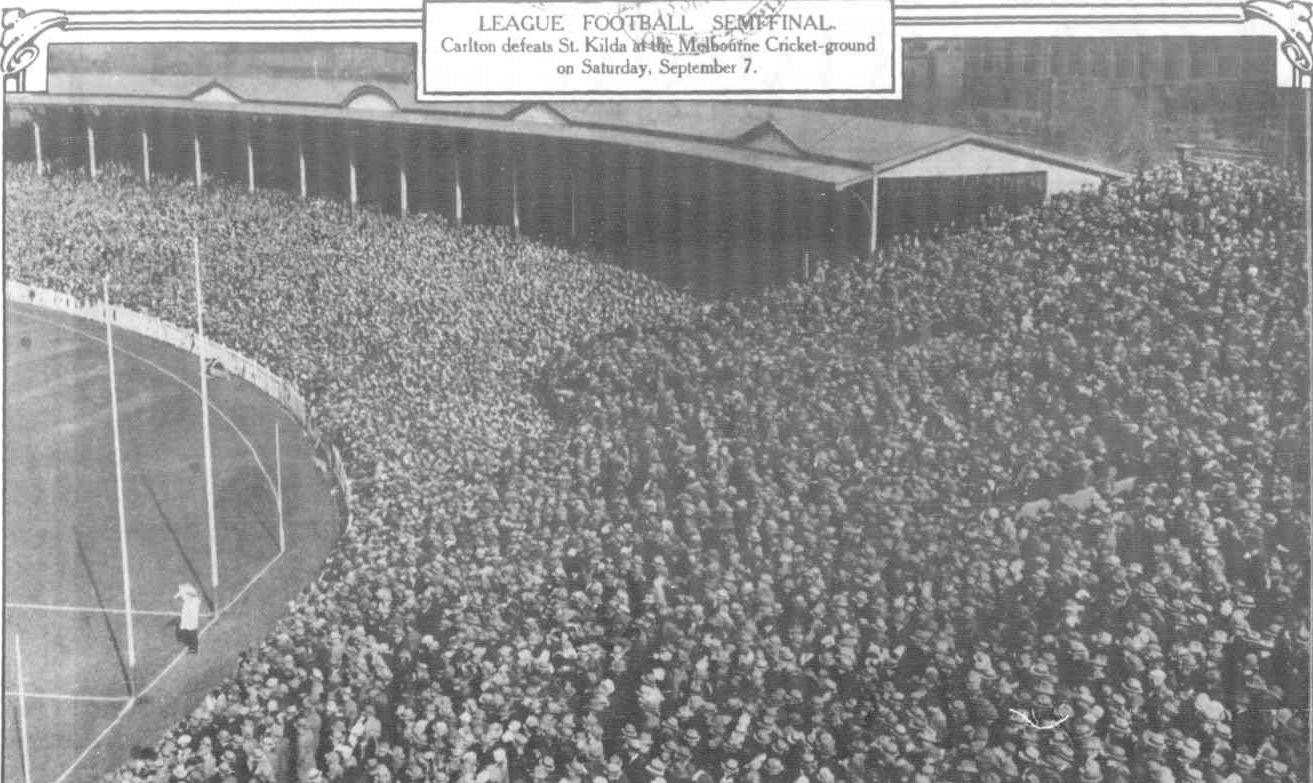 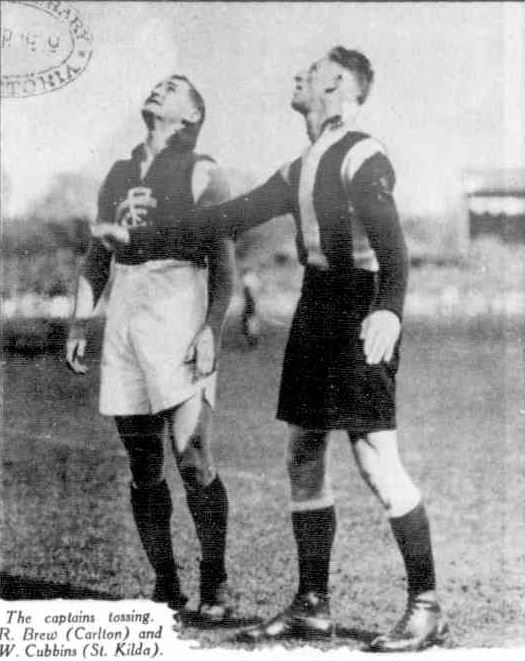 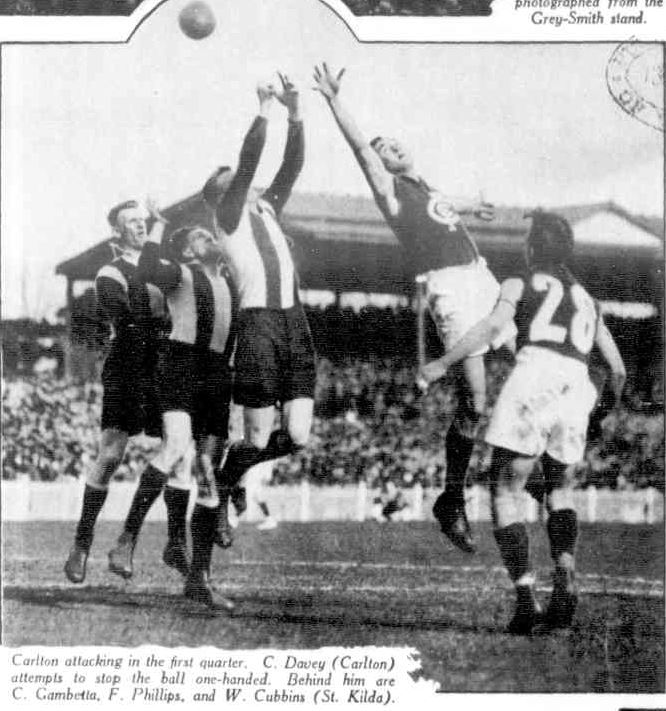 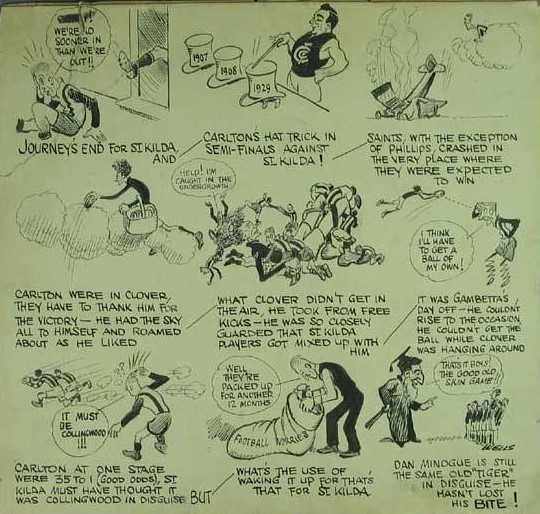 Interesting Fact: This was Carlton's first finals win since 1921