The crowd for this game was a VFL Park record, and they saw a typically willing contest between the games' fiercest rivals. Halfway through the last quarter, the Magpies led by 12 points and were seemingly set for victory. But it was then that John Nicholls took control in the ruck, and kicked two team-lifting goals in quick succession. Collingwood's defence crumbled, and the Blues rammed through three more late goals to win by 20 points. 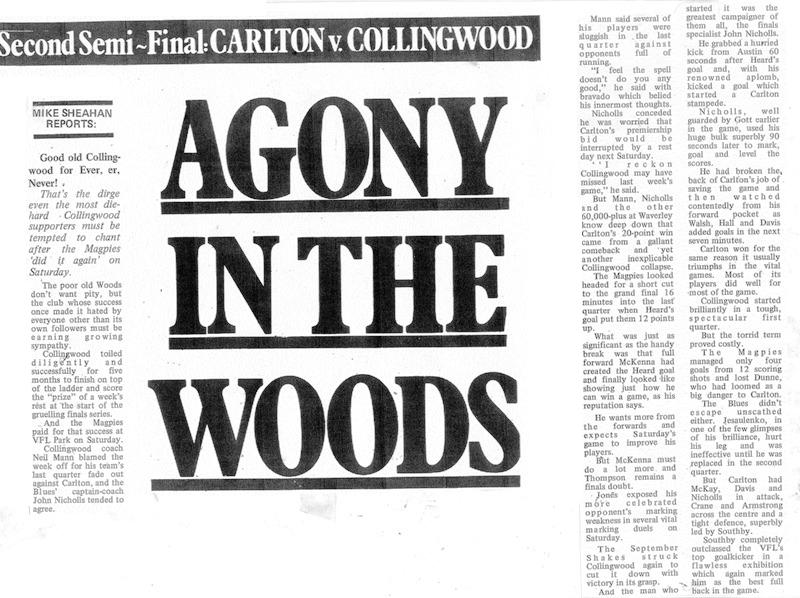 Score Records: This win would be Carlton's last finals win until 1978, commencing a record equalling run of 5 consecutive finals losses