Carlton defeated St Kilda by a comfortable 56 points at the MCG, putting the Blues into their third Grand Final in four years.

The 1907 VFL Semi Finals began on the afternoon of Saturday, September 7 at the MCG, when South Melbourne handed Collingwood their fourth straight loss and knocked the Magpies out of Premiership contention. On this following Saturday, Carlton met St Kilda on the same ground, to decide who would meet the Lakesiders in the Grand Final.

Carlton’s great strengths all year had been their defence and their ruck division, and was those assets that came to the fore again in this lop-sided contest. The Blues defenders, particularly Gillespie, Flynn and Billy Payne, didn’t give their opponents a centimetre of space all afternoon. ‘Mallee’ Johnson and Alex Lang dominated the ball-ups and throw-ins, while Mick Grace took some spectacular high marks on the way to kicking 4 goals. Dick Harris steered through three majors and George Topping booted two, as the Blues led by 20 points at quarter-time, and 45 points at half-time with the game already won. The final margin was a crushing 56 points.

The only setback for Carlton occurred with five minutes left in the match, when star centreman Rod McGregor suffered a broken nose. He would be unable to play in the Grand Final, but his absence would provide an opportunity for one of the Blues’ lesser lights to shine the following week, on Victorian football’s biggest stage.

Blue to be Jack Wells captained the Saints. 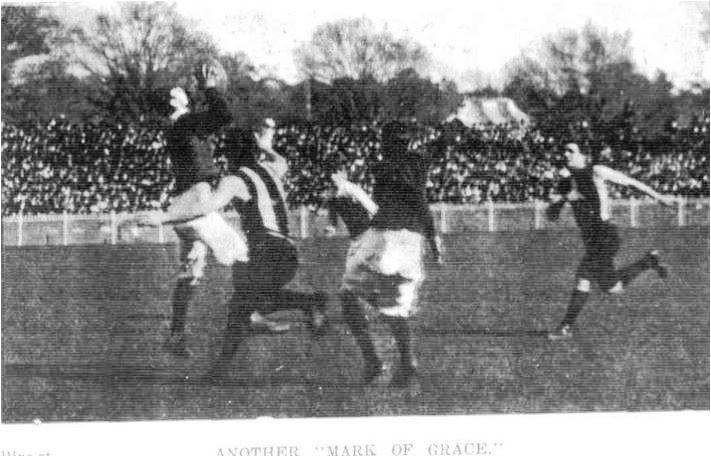 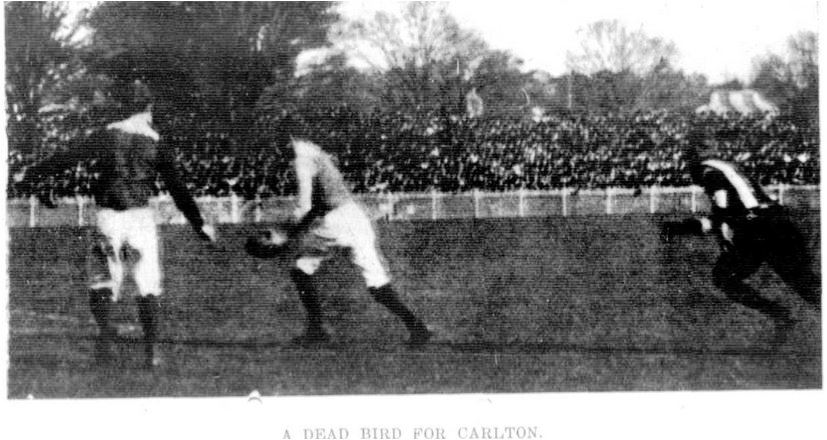 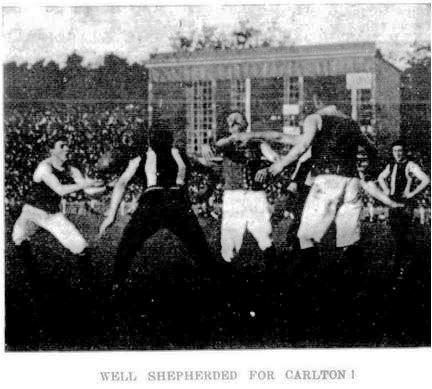