First would play second in this play-off for the 1993 Premiership. The Bombers were young and fresh, Carlton were a blend of stars in Kernahan, Bradley and Williams and some young players trying to make it in Welsh, Powell and Heaver. The Blues would take the field again without Peter Dean whose collapsed arch meant he couldn’t kick with his preferred right boot. 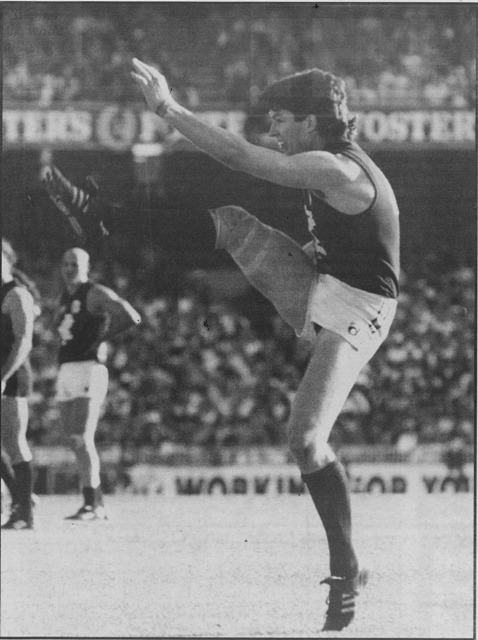 The opening quarter was a pacey and passionate blitz by the Bombers. They were everywhere, led by Michael Long off the wing who would destroy tagger Mark Athorn, Paul Salmon up forward and Gary O’Donnel in the midfield. Fraser Brown and Brett Ratten would have shocker days, as would Mil Hanna who would be knocked out cold by Bomber hard-man Dean Wallis. Everything went the Bomber’s way, except for their kicking at goal – 13 shots in the first quarter to our 3 could have been a 10 goal margin.

And that’s really what this game was – a 10 goal loss to a better team on the day. An actual margin of 44 points was flattering to the Blues, but perhaps as a result of Stephen Kernahan’s supreme forward ability. 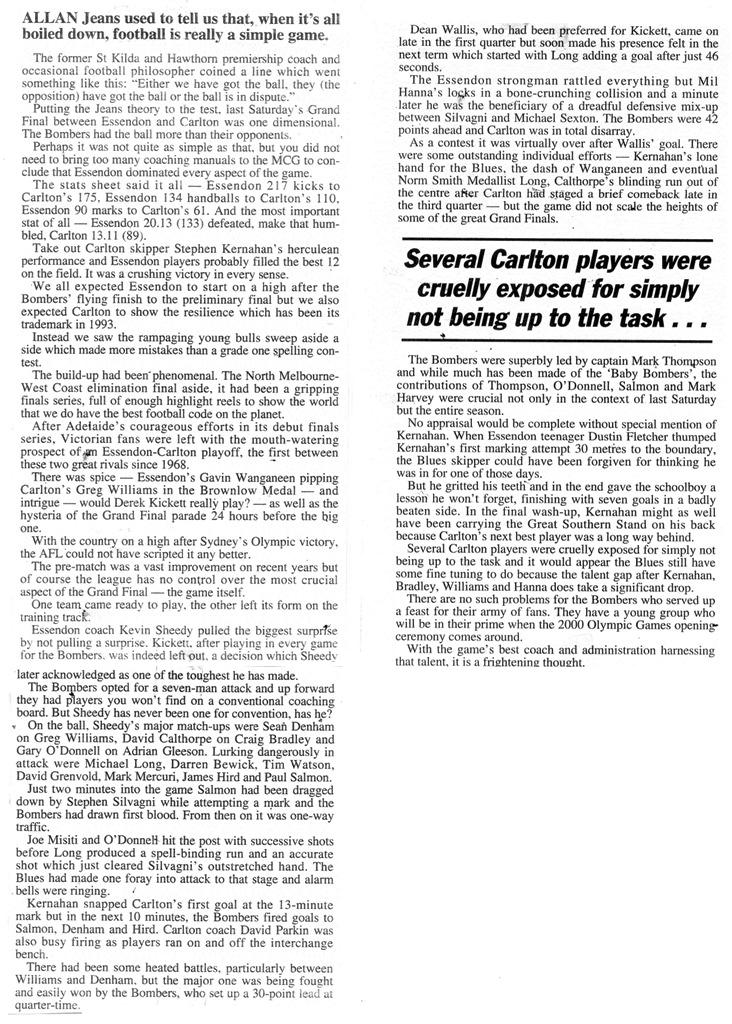 Last game: Mark Athorn played his 30th and final game for Carlton, having previously played 53 games at three other clubs.