In 1973, inconjunction with GTV 9, the Truth Newspaper created the Cazaly award. The Gold Cazaly was presented to the most outstanding VFL footballer as voted by the Truth Newspaper writers and GTV 9 commentators. The presentation for this award was made at the Southern Cross Hotel on the Monday night before the Grand Final. In addition to the Gold Cazaly, silver Cazaly awards were also presented to the Most popular player for each club as voted by the supporters. A team of the year was also selected and each player who was selected in each of these positions was presented with a silver Cazaly award. The presentation was screened live on GTV 9. 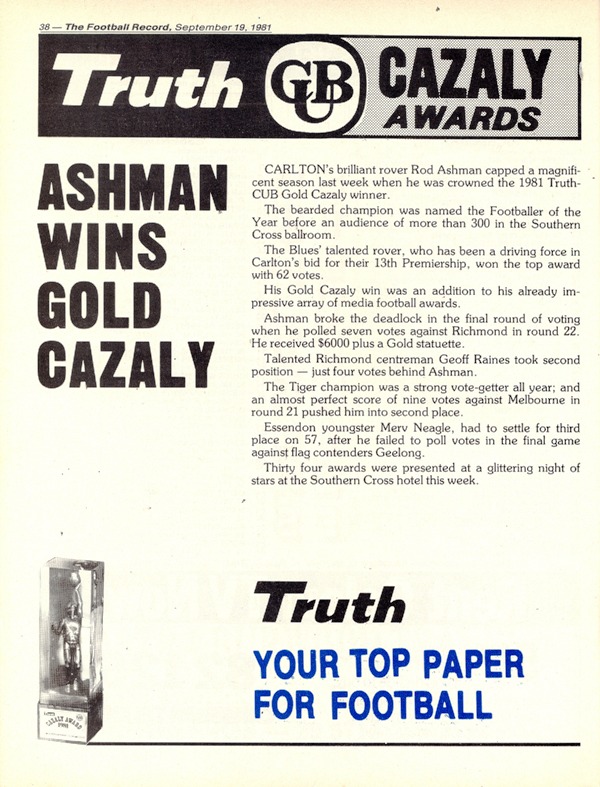 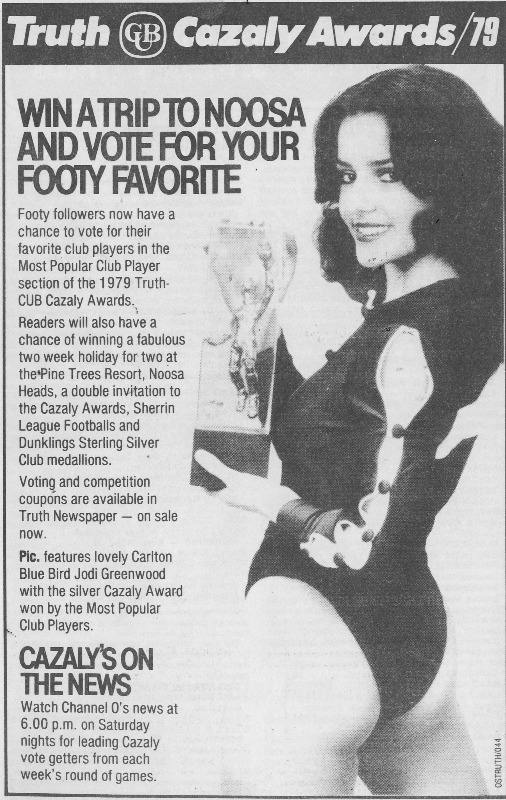 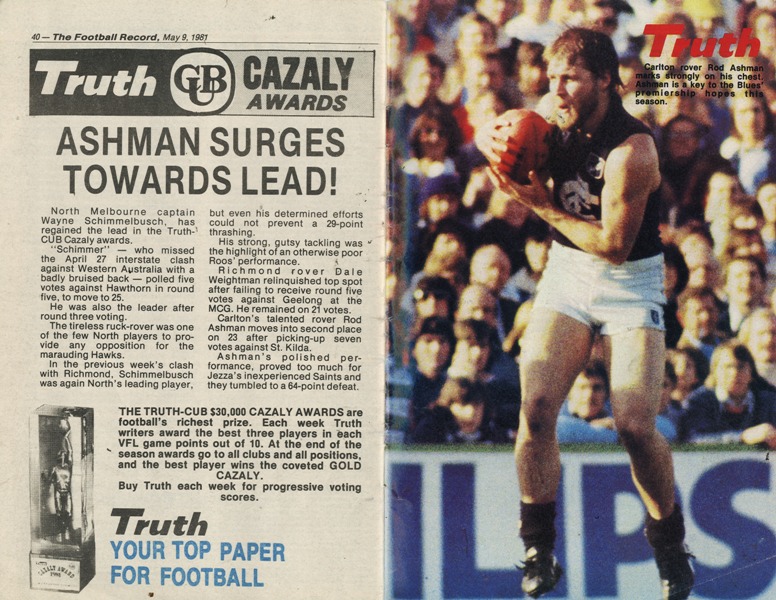 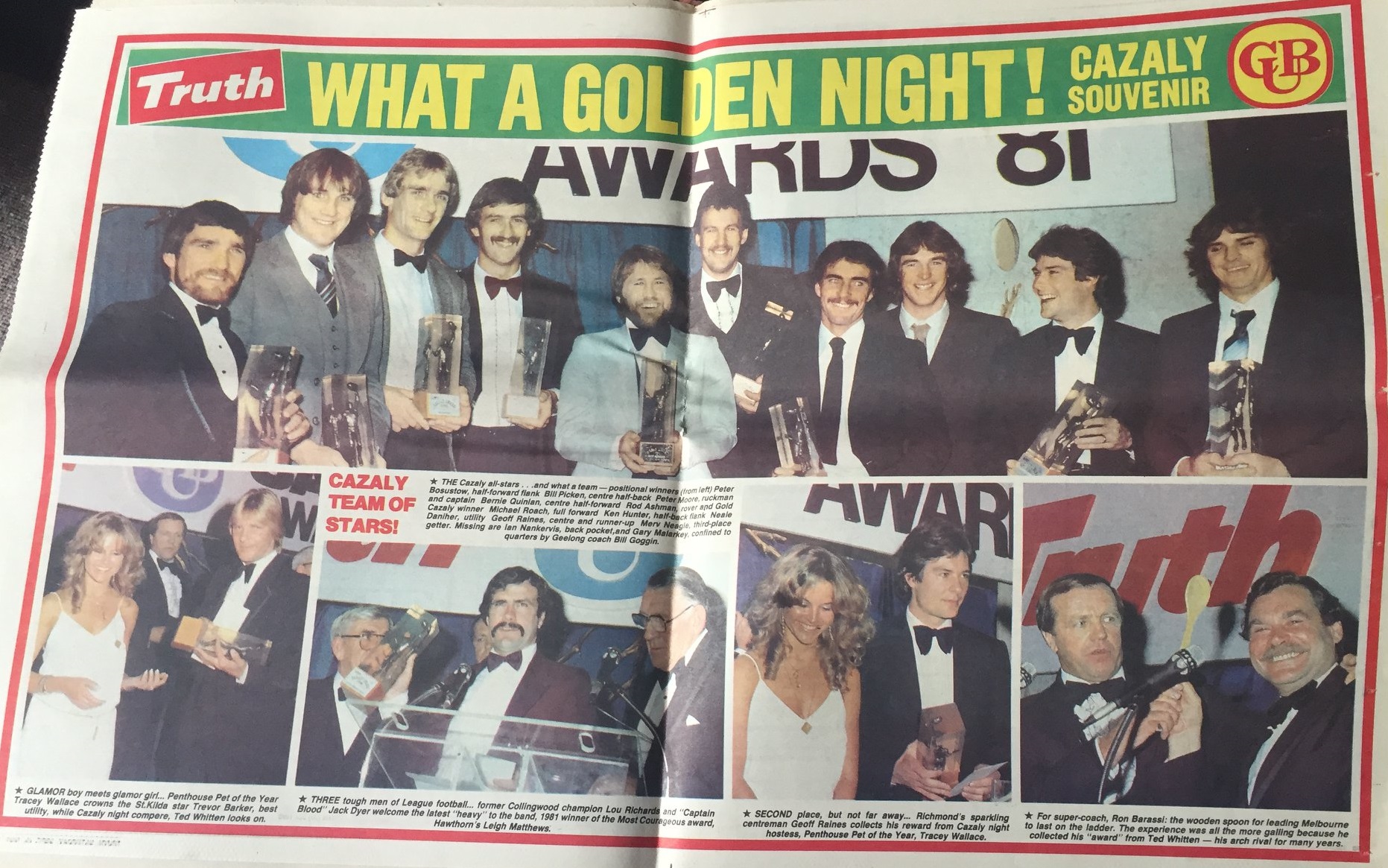