After the early season problems with coaching staff in 1978, the Carlton team seemed to really gel under the stewardship of Alex Jesaulenko after he took over as coach early in the season. In fact, Jesaulenko had won 14 of his 18 games in charge. This late season form certainly carried over into the 1979, Jesaulenko's team winning its first 6 matches, before a narrow 4 point loss to North Melbourne in Round 7. 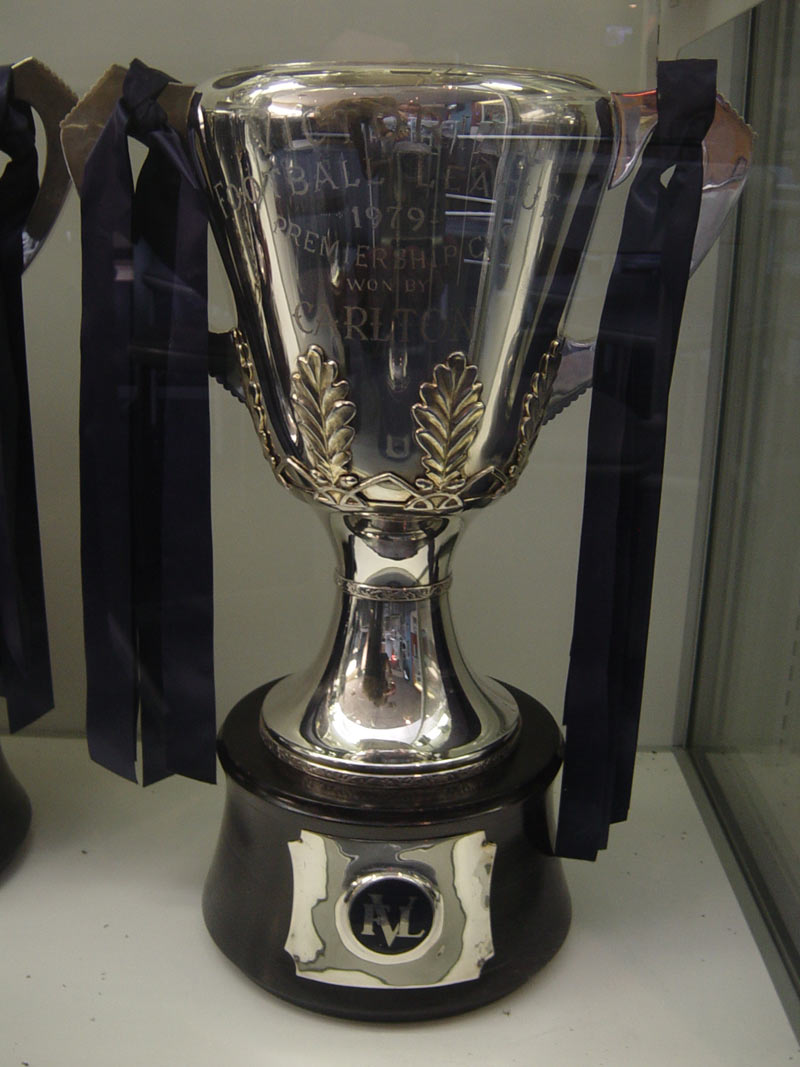 Carlton would be the dominant team of the season, losing only two more games, to Geelong by 6 points in Round 12 and to Collingwood in Round 21 by 19 points. Measures of the Blues dominance include being on top of the ladder in 20 of 22 rounds, finishing 2 games in front of second place on the ladder, winning by at least 50 points eight times and having an average winning margin of over 40 points in the team's 21 victories. It topped 100 points in all but 2 matches (one of which was the Grand Final in muddy conditions)- a feat never achieved by any team before.

After finishing clearly the best side of the home and away season, the team had a week break in the first week of finals before taking on North Melbourne in the first Semi Final. After a tense first quarter in which both sides kicked only a goal a piece, Carlton started to exert its dominance in the second quarter, but poor kicking for goal left the Kangaroos still in the match, with the Blues having a 14 point half-time lead. Carlton's seven goals in the thrid quarter killed the game as a contest, and 38 point winning margin probably flatters North considering that the Blues had 36 scoring to 18. This victory would give the team a place in the Grand Final and another week break.

Collingwood defeated North Melbourne in the Preliminary Final to setup a Grand Final clash between the two old enemies. After a slow start Carlton would trail by 10 points at quarter-time, but would lead by 1 point going into half-time. A 5 goal third quarter gave the Blues a handy 21 point lead going into the last quarter, but poor kicking would again threaten the chance of victory for the team. Kicking 1.4 for the last quarter Carlton hung on to win by only 5 points and claim our 12th Premiership, equalling both Collingwood and Essendon for the most VFL premierships at the time. Coupled with the Premiership was the Norm Smith Medal to Wayne Harmes.

Incredibly, the only Carlton goal for the quarter was the infamous Harmes tap to Sheldon, where Wayne Harmes followed up his terrible kick, knocking the ball with an amazing sliding punch to Ken Sheldon in the goal square who kicked the goal to win the match. To this day the debate about whether the ball Harmes tapped back was out of bounds or not. In the final analysis the Blues would win 11.16 (82) to 11.11 (77) in our first Grand Final appearance since 1973 to end our glorious 1970's era as it started, with a Premiership.

Jesaulenko now had the enviable record of 35 wins and a premiership from 42 games as coach in less than two seasons in the position. Unbelievably he wouldn't be the Carlton Coach in the following season. Former Melbourne Lord Mayor Ian Rice issued a challenge to incumbent President George Harris for control of the club. Jesaulenko threw his support behind Harris, who had appointed him Coach the previous season. In a bitter and hard fought election, Rice would win and Jesaulenko would cross to St Kilda as their coach. Jesaulenko would again coach the Blues, being appointed after Robert Walls mid season sacking in 1989 until the end of the 1990 season.

You may have noticed that the Round orders in this year appear to be slightly out of order. Please click here to find out why.