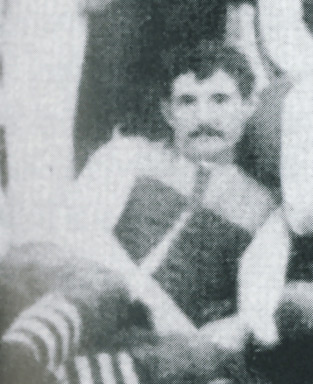 
Played for a local junior team and then for Williamstown before coming to Carlton.
Gilbert "Gib" Currie is listed as amongst Carlton's best players in the decade leading up to the formation of the VFL, before leaving for Port Melbourne on the eve of the 1893 season.

1889 CFC Annual Report, Currie scored 10 goals during the season, including one goal in the Carlton victory over Fitzroy at Brunswick Street Sept. 28th.

1890. One of Carlton's best.
Currie scored a goal in the StKilda v Carlton match on 10th. May

1893 Click below to read The Argus report of V.F.A. Permit Committee proceedings of Currie's transfer application.
The Argus May 4 1893.
National Library of Australia.
http://nla.gov.au/nla.news-article8546512