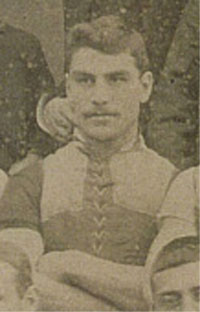 Hutchinson was a star player for Carlton in the VFA era, captaining the Blues in 1893. He was a strong and vigiourous player (as noted in The Argus), and was a member of the ruck along with G Currie, J Moorehouse, A Spedding, W McKechnie. Dan had been in the farming sector in Epping prior to his death in 1935. 1
Hutchison aged 67 years, died on April 1, 1935 at Eulomo, Yan Yean.
He was married with two daughters and a son.

Hutchinson played in the Carlton vs England match at the M.C.G. June 23 1888.

1887 Hutchison - First season player; fine left foot kick.
"Hutchinson plays centre forward. He is a fine left foot kick, and although this is his first year as a senior he has already proved to be a decided acquisition to the club."

1890 Vice-captain and one of Carlton's best.

1891 Hutchinson presented with an illuminated address for long service to the club, at the Carlton general meeting held Wednesday 25th. March.

1892 The Coburg Leader, May 4, reported a rumor that Dan Hutchinson is going back to his old club Brunswick.

1892 June 04
Carlton played Fitzroy on the MCG.
A player name "Alexander" played for Carlton. Blueseum believes this may be Hutchison.
The Evening News in it's match preview says "Alexander is an old Carltonian; who has assumed the name for business reasons."
Dan Hutchison missed quite a few games when he was at Carlton due to having to work in the Victorian country areas. 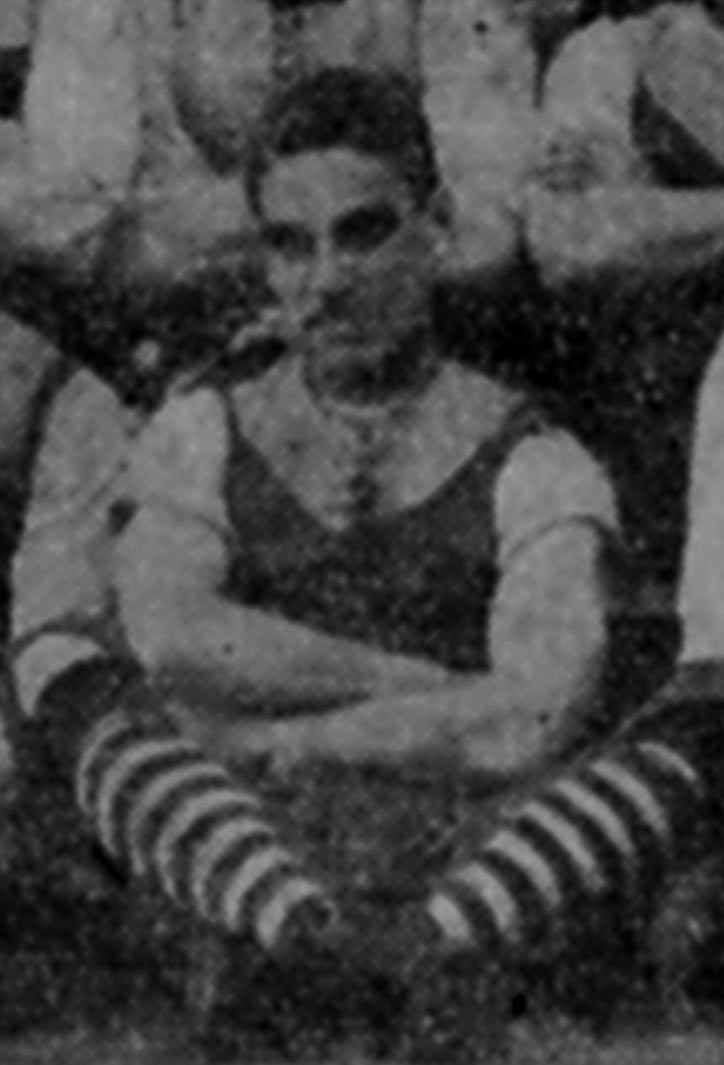 1893 Hutchison went to Dunolly.
The Carlton Gazette said;
Hutchison it appears, has secured a permanent position at Dunolly, and that being the case, and seeing the sad effect the question of it's captaincy has on the club, he should show his loyalty by resigning and giving another man a chance.

1894 May 19
Reported in The Australasian that the "old Carlton champion," D. Huchinson is now in Sydney.
The NSW Australian Football History Society' web site said Danny went to Sydney and tried to revive the Australian game in that city in 1894.
In Sydney, Australian Football was strong from its introduction in 1880. It was also the dominant code in the Newcastle/Maitland area with many clubs playing the Australian game. However, infighting between the Sydney clubs, and apathy by administrators led to the game falling away. Many of the players transferred to the rugby game and helped transform the way that game was played.

1895 May 05
"Hutchison who will be found in the Paddington colors this season, was formerly one of the best Victorian rule players in Melbourne, where he played with Carlton. He is a relative of Jack Tough, the Victorian Rugby half, who is also an ex-Carltonian."
(Trove: Truth (Sydney) p7)

1903 May 31
The Sunday Sun (Sydney) p7 reported that former Carlton champion Dan Hutchison was playing for Y.M.C.A. against East Sydney. He was named as one of his side's better players and kicked a goal.

1924 Dan Hutchinson played in an old players match at the M.C.G. on September 26.

The death has occurred of Mr. D. Hutchison, who in the early nineties was a member of the Carlton team. he was a very strong and vigorous player, and he was a member of the noted ruck, the others being G. Currie, J. Moorhouse, A. Spedding, and W. McKechnie. Mr. Hutchison had been farming at Epping for many years.
(Argus 03 April 1935 p6)

"The death has been announced of D. Hutchinson, who in the early nineties was a great Carlton player, excelling in defence and in the ruck. He was a strong and vigorous player, a man who would excel under modern conditions, as he possessed strength, pace, and resolution. Mr. Hutchinson, who was a loveable character and a contemporary of Sam Bloomfield, Jack Baker, Billy Strickland, Tom Leydin, Gib Currie, J. Moorhouse, A. Spedding, W. McKechnie, and other noted players, was engaged in farming at Epping for many years and led a retiring life."
(Australasian April 13 1935 p57)

His surname is occasionally spelt as Hutchison but the Blueseum considers Hutchinson to be correct.

Setanta punch away from Brown