The Blues commenced Season 1976 with a bang by disposing of a disappointing Collingwood by a mere 57 points. A whopping 40 scoring shots to 23 told many a fan that the Blues of the early 1970's were busy reassembling into a new powerhouse - the Blues of the late 1970's / early 1980's.

In doing so, we welcomed former Hawk Kevin Heath and former Tasmanian Tony Pickett to the Carlton Football Club.

After Rod Ashman was taken out be a high hit early in the first quarter new recruit Tony Pickett was thrown into the roving duties a postion that he had never played before and scored 4 goals. The ex-Hawk forward pocket premiership player in Kevin Heath started and played his whole Carlton career in the back pocket.

Despite the loss of their coach in the week prior to the game, Carlton came out to completely outclass Collingwood in a match which has been described as "fiery". It was the Blues fourth consectutive win over Collingwood, an achievement they have not bettered or equalled since 1940 - 1942. - Football Record.

Full back turned full forward Geoff Southby was off target kicking 1.5, which could have been 5.1
The Blues drove the first nail into Collingwood's coffin as the Magpies would take out their first VFL wooden spoon this year.


Carlton began the season in turmoil when coach John Nicholls resigned in the week before the opening round. Despite that the Blues won a fiery match over arch rivals Collingwood by 57 points with Alex Jesaulenko and Tony Pickett the stars for the Blues. - Football Record. 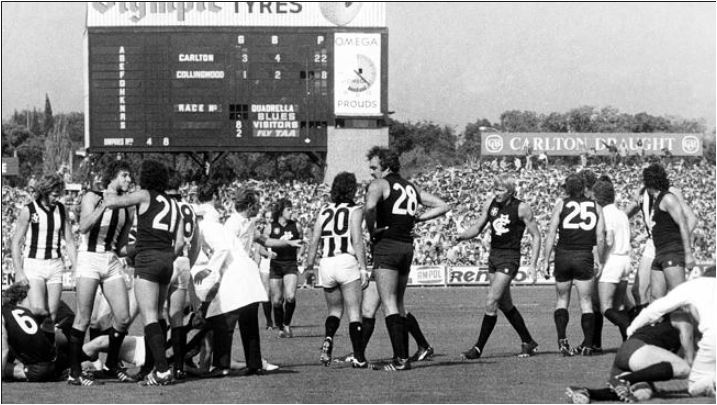 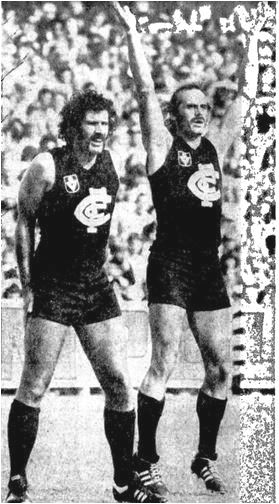