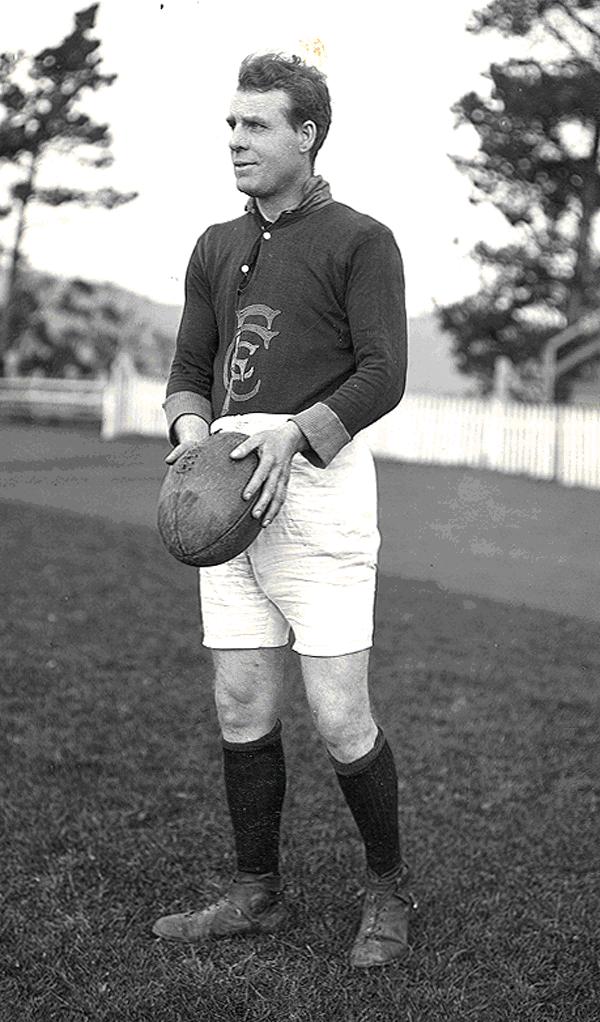 
John Carlton 'Jack' Gardiner was perhaps more famous as a Melbourne player and statesman of football in Tasmania. Gardiner was a Coach and Captain and Administrator of the game in our most Southern State, Coaching Tassie to the inaugural National Carnival in 1908. He Captained the state in 1911, before moving on to Coaching roles at the local Cananore and on to North Hobart in 1924-25.

Gardiner's Carlton days were limited to 16 games and 5 goals in 1901 and 1902, mostly in the guise as ruck-rover. In addition, you should note his fine middle name!

His father, John, played with Carlton in the 1870's both in and prior to the VFA. His brother Vin also played with Carlton playing for 154 games. In 1902 Jack Gardiner transferred to Melbourne where he remained for 5 years until he accepted the appointment as Tasmanian Football League coach and umpire in 1908. Following the completion of his umpiring duties for that season he went back to Melbourne and played the rest of the VFL season with Melbourne.

Jack also coached the inaugural Tasmanian carnival team in 1908 when Tasmania won the second division of the carnival. He was assisted by Northwest Coast coach Dick Gibson.

He returned in 1909 to Tasmania and decided to play football again accepting the captaincy of Cananore thus beginning his association with Bruce Carter. In those days teams often had Captains and Vice Captain/Coaches and Gardiner suggested that Carter be offered the job as coach. They became a famous combination. In 1909, Cananore, the team that had not won a match in the previous season, did not lose a match. It was the start of a great era that will probably never be surpassed. At the helm of the "Canaries" as Cananore were known they went on to win the premiership in 1909,1910 and 1911 winning the State flag as well in 1910.

In 1924 Jack Gardiner moved to coach North Hobart for two years taking over from Les Stevens. His first season he played as non playing coach and in 1925 he was playing coach at 42 years of age playing 10 games during the season. He also took on the job of club secretary during that season and continued in this capacity in 1926. He retired from playing football in 1925 aged 42. After coaching North he coached Kingston, New Norfolk , Hobart High School, Friends School, St.Virgils College and Cananore seconds.

Jack Gardiner was a life member of Cananore and the League. He was also a prominent cricket player and member of the Derwent club achieving life membership of the TCA. He died in Hobart in 1967 aged 84.

Secret of Coaching Lies in Knowing Your Men