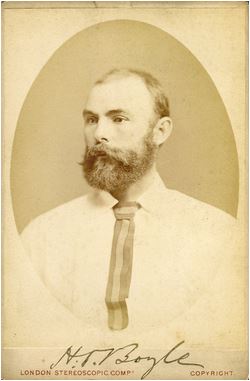 1874 Boyle named in team to play to play Albert Park at Royal Park 22nd. August, and also against St. Kilda at St. Kilda on 12th. September.
(The Argus)

1875 Boyle named in The Argus to be playing for a Carlton 25 against the Carlton First Twenty in a scratch match at Royal Park Saturday 8th. May.

1889 June 08
The Launceston Examiner ran a story on Harry Boyle.
It is a good many years ago now (says Melbourne Punch) since Harry Boyle initiated the system of charging for admission to witness a football match.
The occasion was a Sandhurst cricketer named Jackson, who was also a miner, losing his eyesight through an explosion in the mine.
Boyle conceived the idea that an excellent way of assisting his wife and family would be by fixing a tarriff for admission to see Carlton (of which Harry was a tower of strength as goal keeper) and Melbourne play, and on the Hibernian Reserve*, Madeline street, Carlton, he had the pleasure of raking in the sprate with such good effect that he handed over no less a sum than £106 to his wife and children who had lost the services of their bread-winner.
It was a brilliant idea, and all the more so because, as Boyle had been careful to inquire about on every occasion that offers, the Jackson family placed the amount to such good advantage that they have never been in want from that day to this.
And from that time a charge has has always been made to see senior football matches played.
-* Hibernian Reserve was the University Ground and the match was played on August 21 1875.
This was possibly not the Madeline Street ground that Carlton played their homes on in 1876-1877

1895 June 14
It appears Mr. Harry Boyle, the well known Victorian cricketer, is about to take up his residence in Brisbane. At a meeting held in Melbourne a few days ago it was decided to present him with a testamonial on the eve of his departure, and £50 ($100) were subscribed in the room.
Mr. Boyle leaves tomorrow (Saturday) for this city. It was stated at the meeting that he had been a member of the East Melbourne Cricket Club for twenty-two years, and consistently stuck to his club.
Besides being a cricketer and baseballer, he was a member of the Carlton Football Club in it's best days, and was it's first delegate to the Association.
(Brisbane Courier, Friday June 14 p5)

H. F. Boyle was head of the firm Boyle and Scott, cricket outfitters, Melbourne. Harry and his business partner Dave Scott, were childhood friends. This store was established in 1878 at 286 Bourke Street. Harry when on overseas trips would select the very best sporting equipment available in England. The company provided trophies for sporting clubs, and produced the Australian Cricketers Guide. In 1892 he terminated the partnership and returned to live in Bendigo. The depression of 1892 which heralded the end of Melbourne's "boom era" saw many well known businesses go under. 1882 England chasing 84 to win, Boyle took the last wicket at The Oval to give Australia victory by 7 runs.
This victory led to the creation of The Ashes, when a mock obituary of English cricket was published in the Sporting Times.
(England vs Australia, David Frith p18)

Harry Boyle made the position of short mid-on his.
In England, he would stand dangerously close in to the bat, causing many a batsman to lose his wicket to his catching.
"Felix" writing in the Australasian (June 15 1895) says;
"Harry astonished the old folks by introducing a new position in the field, now known as 'silly mid-on.' Harry has done some remarkable catching feats in that spot, once startling the veteran umpire Robert Thoms; and the only man I have ever seen to at all approach Boyle in that dangerous spot is Jack Worrall.

"The Grand Old Man" (W.G.Grace) came out to bat on the M.C.G. only to find Harry fielding at silly leg position, Grace said, "Hullo! What are you doing there? I'll knock your damned head off."
(Special Report: Bendigo Ashes Legacy, Part 4 A Cricketer of Great Hope. Bendigo Advertiser)

The Victorian Cricket Association "received with thanks from the Melbourne club the ball with which the late H. Boyle bowled W. G. Grace in the match England v Victoria 18 played in December 1879.
The M.C.C. will be thanked for the gift."
(Queensland Times September 18 1915 p5) 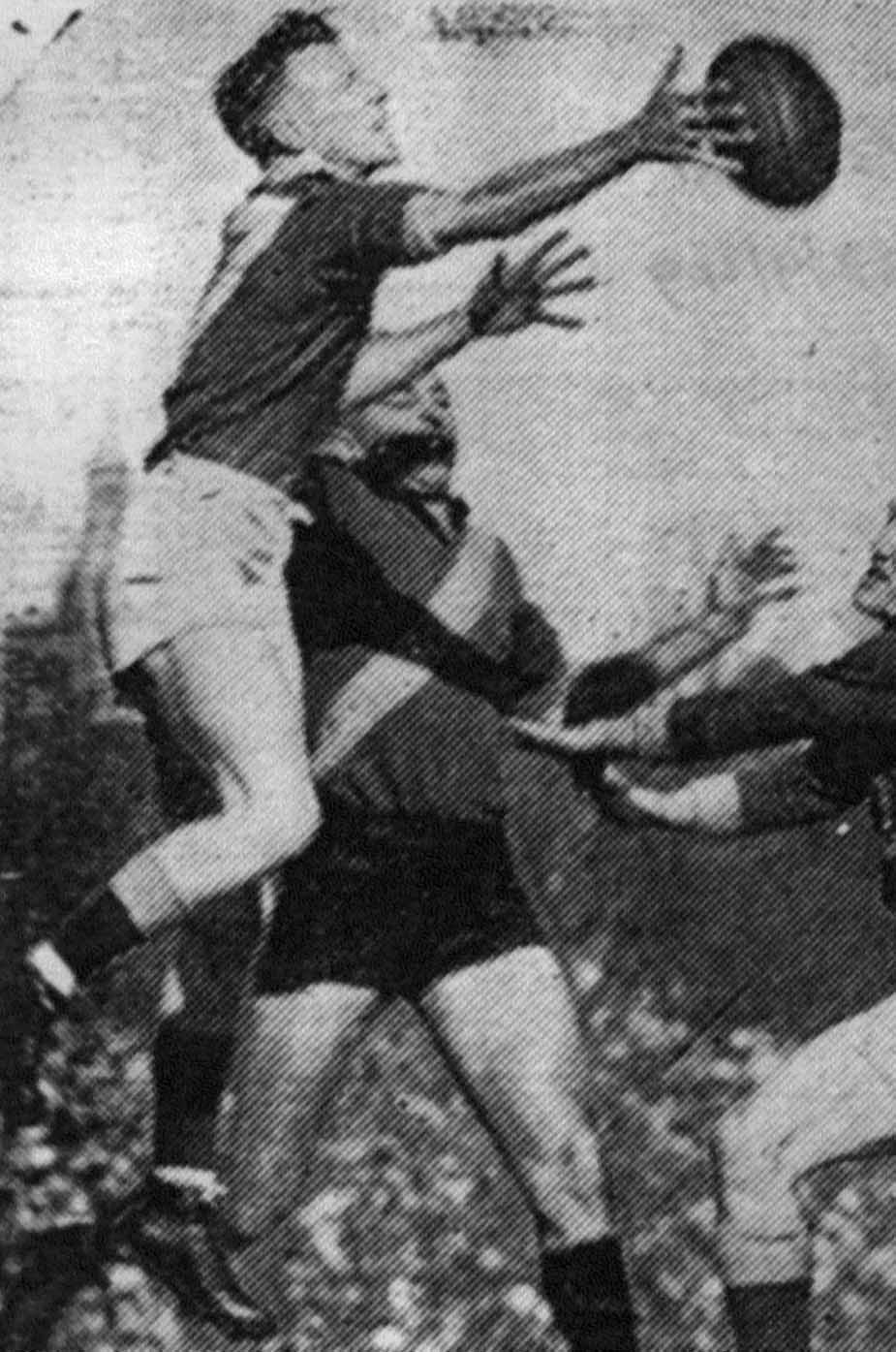