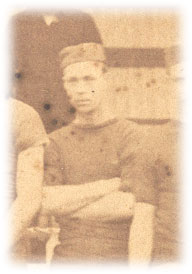 1879 October 4
O'Donnell named in the 22 man Carlton squad, possibly one of two emergencies, in the final match for the year against West Melbourne on Princes Oval.

1880 The Weekly Times April 24 reported that O'Donnell was recruited from Carlton's junior club.

1880 One of the promising lads to fill a gap in the ranks from Carlton Juniors.
(The Carlton Story, H. Buggy and H. Bell p48)

1881 Gave promise of becoming a great player, but up to the present has scarcely realised expectations, nevertheless has played a hard plodding, difficult to shake off kind of game, and being still in his "teens" there is hope of a bright future.
(The Footballer 1881. p23)