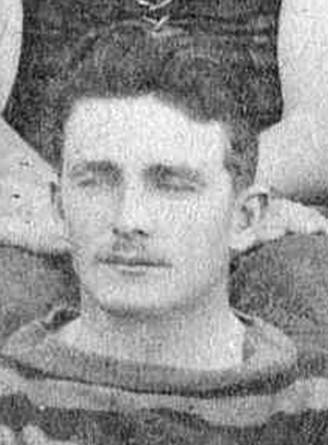 As per the historical footnotes below, Monagle later played in country Victoria and in Kalgoorlie, WA.

Note that the images provided here were kindly donated by relatives of Monagle over a century after he last played for Carlton.

The Herald Friday August 11 1899 said;
"Billy Monagle, the Carlton rover, is of the stuff which heroes are made. The Royal Humane Society have presented him with a certificate for life saving. He carries the honor coolly, and says that his next gallant act will be to save the Carlton goal in time of danger tomorrow."

Kalgoorlie Miner, May 03 1900,
"W. Monagle to transfer from Carlton (Victoria) to Boulder City."

The Horsham Times, 12 July 1912,
"Mr. W. Monagle, who has had lengthy football experience, and who has been captain and coach to the Essendon Association team, and subesquently coach to Carlton and Ballarat South teams, has been engaged as coach to the Murtoa team." 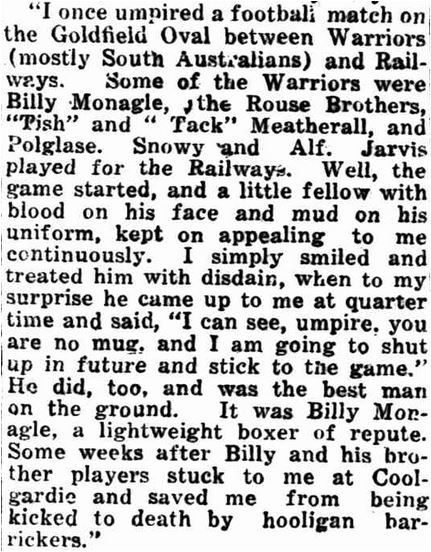 Jack Silvagni in action for the Northern Blues - May, 2016.jpg