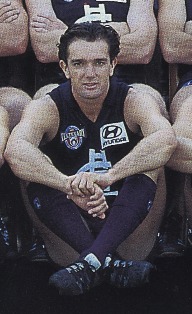 Warburton was originally recruited from Tatura via TAC Cup team the Murray Bushrangers. He also played for Caulfield Grammar and later with the TAC Cup Team the Central Dragons.