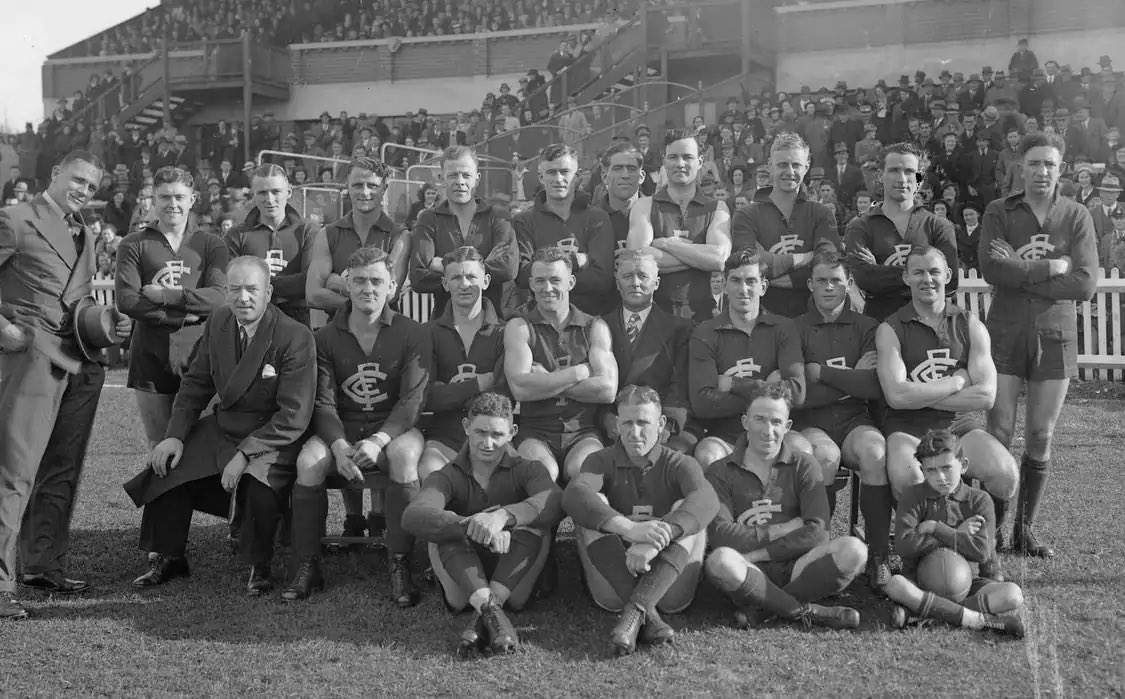 Geelong's first eight shots at goal resulted in 7 goals and a poster. The Blues fumbled and over used hand ball which let the Cats in. Midway through the second quarter Carlton had managed only 3.6. to 10.1 The Blues then slammed on 5 goals to get within 6 points of Geelong. Up until half time the game had been a open one with long raking drop kicks by both teams. After ther long break Carlton's physicality came to the fore and the Blues held a 2 point lead at three quarter time. The Cats hit the front early in the last, but the the Blues immediately answered through Schmidt whose kick rolled through the goals.

The Age in it's review had Jack Hale playing and scoring 1.2, R. Cooper was also mentioned as not having a good game.

Jack Wrout tried a place kick and kicked it straight into the man on the mark.

At the end of this round Carlton were in 5th spot on the ladder with a percentage of 114.5.

Saturday's Globe has the Carlton team line up.
Charlie McInnes, and Mick Price were not named in the team.
Jack Hale was named as rover and J. Jones as 19th man
Hale was mentioned in the match report and as one of the Blues' better players.

At Princes Park this day a collection of 65 membership tickets was put on display.
If they were consecutive they would date back to 1874.

Friday's Herald p7;
"Brighton Diggins is to have his broken finger X-rayed again next week, and until this is done there is no certainy as to when he will be fit to return to the Blues' eighteen."

Ken Luke returned from a tour of the U.S.A. and was given a great reception by players and officials. He bought with him two Americans who were fellow passengers to the match. They were amazed with the pace, stamina, and kicking in the Australian game.