Carlton was dreadfully inaccurate around the goals, yet still beat South Melbourne by 3 points at Princes Park.

Dreadful inaccuracy in front of goal almost cost the Blues victory in this exciting match at Princes Park, as the Swans - scoreless in the last quarter - fought tooth and nail to hold out the home side in a grandstand finish. Returning to the side, Vin Waite kicked two important goals as Carlton accounted for one of their main rivals for a finals berth, and climbed into the top four when St Kilda beat Essendon at Moorabbin. 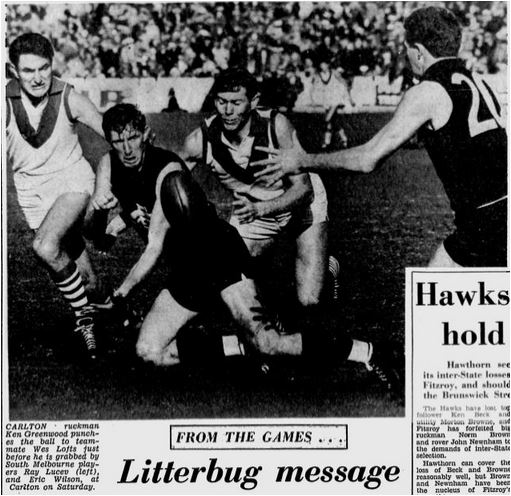