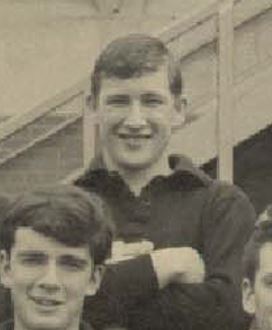 Robert 'Bob' Kirkman first appeared with Carlton’s Under 19 team in 1965, joining the Blues straight from his schooling at St Mark’s, Fawkner. A player of undoubted ability, but also something of a larrikin, he left Princes Park two years later and became a star in the VFA with Coburg.

According to club folklore, captain-coach Ron Barassi was getting dressed after a strenuous training session at Princes Park in 1967, when he discovered that his street shoes had been nailed to the change-room floor. Fuming, he confronted Kirkman, and in the heat of the argument the relationship between the pair was irreparably damaged.

The following year, while Carlton strode to a long-awaited Premiership victory over Essendon, Kirkman crossed to VFA club Coburg without a clearance, and became one of the Lions’ stars. Influential across half-back, ruck-roving or in the centre, he won Coburg’s Best and Fairest in 1968 and 1970, finished runner-up in the voting for the 1970 Field Trophy (Best and Fairest in VFA 2nd Division) and topped off a landmark season with a near best on ground performance in the Lions’ victory over Brunswick in the 1970 2nd Division Grand Final.

Carlton was so impressed with Kirkland’s resurrection that they invited him back to Princes Park in 1971, and waited patiently while he served out the 12-month VFL suspension incurred by his earlier walkout. Perhaps somewhat unlucky to arrive back when the Blues’ list was jam-packed with talent and experience, Bob managed 12 Reserves matches in 1972, without earning promotion.

Delisted by the Blues at the end of that year, Kirkman headed back to Coburg once more to play under former North Melbourne champion John Dugdale. Before the season was through however, his VFA career ended in regrettable circumstances, when he was suspended by the club after a confrontation with his new coach. During his time at Coburg he would play 58 games and kick 46 goals.