Carlton went into this final home and away game for 1996 just 2 points ahead of Geelong and Essendon, needing to win to retain fifth position on the ladder. Carlton would return to its best form and play with renewed desperation to prove too good for the Cats and score a comprehensive 7 goal win.

Michael Sexton was instrumental in providing rebound out of defence with a career-high 32 possessions and 12 marks. He was well supported by Ang Christou with 25 and Ron De Iulio with 19. Stephen Silvagni would restrict Ablett to just one goal. Justin Murphy kicked 5 excellent goals, while Brent Heaver kicked 3. In the midfield, Craig Bradley had 31 possessions and 2 goals, Anthony Koutoufides 22 and 1, while Fraser Brown had 21.

Carlton therefore finished the season in fifth position but would have to travel to Perth for the second time in three weeks to begin its finals campaign.

Away Wins: Carlton would not win a game at Geelong again until Round 3, 2020. 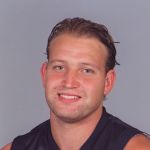