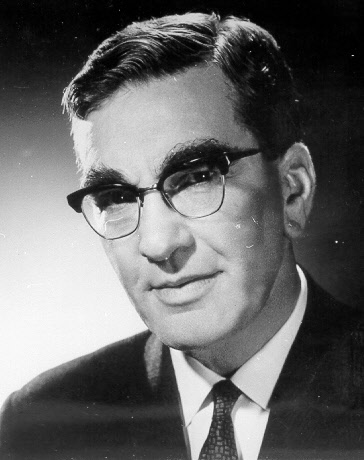 Frederick Henry Brooks was already on the way to greater things when he played two games for Carlton during the darkest days of the Great Depression in 1931. An outstanding scholarship student - and footballer - during his formative years, he walked out on the Blues just a few weeks into his first season. Shortly afterwards, he joined Williamstown in the VFA, where he became one of the clubs’ greatest-ever defenders. Also while at Williamstown, he achieved a Masters Degree in Science, and embarked on an illustrious teaching career that later saw him rise to the position of Victorian Director-General of Education.

Brooks was born in the tiny Gippsland township of Dollar, near Foster, in 1908. A keen junior sportsman with a hunger for knowledge, he attended Foster State School and Warragul High School, where he won a scholarship to Melbourne University. In 1930 he was starring as a key defender for the Teachers’ Training College when he was discovered by Carlton, and early in the following year he was rushed into the Blues’ line-up as 19th man for the round 2 match against Fitzroy at the Brunswick St. Oval.

Early in the first quarter of that game, Carlton vice-captain Colin Martyn went down after a heavy clash, and was helped from the field with blood streaming from a gash over his right eye. In guernsey number 16, Brooks was sent into the game much earlier than expected, but didn’t need to do much as the Blues romped away to a 40-point win.

Although Carlton surprisingly made three changes to their winning line-up for the next week’s match against Essendon at Princes Park, Brooks retained his position on the bench. The Blues jumped out to a five-goal lead by quarter-time, and went right on with the job from there to smash their visitors by a whopping 82 points. Fred was given only the briefest of runs in the last quarter, and that may have been the catalyst for his abrupt departure in the following days. Whatever the reason, Brooks left Carlton soon afterwards and crossed to Williamstown, where he settled into full-back and went on to play 111 honest games.

Brooks’ career with the Villagers peaked in 1935, when he was appointed captain-coach. Williamstown won only three games, but Fred was valiant in defeat and led by example in trying to lift his team. Under constant pressure week after week, he nonetheless kept every opposing full-forward he met in check, and his never-say-die attitude was recognised when he was voted joint winner of the VFA Medal as Best and Fairest in the competition – sharing the honour with Brunswick rover Jim Dowling.

Meanwhile, he had obtained his tertiary degree, and embarked on a teaching career that would eventually see him gain a place on the Advisory Council at Monash University while he served as Victoria’s Director General of Education from 1965 to 1973.

Regarded as one of Williamstown’s best defenders of the pre-World War II era, Fred Brooks passed away on the 30th June, 1996 aged 88.