After the previous week's heavy loss to Essendon, Carlton restructured their side with six changes for this clash with Collingwood at Vic Park. But despite a good start, the Blues surrendered their lead in the second quarter, and chased 'Pies tail for the rest of the game.
This was a costly loss for the Blues, dropping us to seventh on the ladder - one win and a whopping 27% behind fourth-placed Footscray.

Serge Silvagni gave the Blues 100 minutes of serviceable football, well supported by John Nicholls, who held his own in the ruck and scored three valuable goals. Gordon Collis, at centre half-forward had a winning day, and Ian Collins on the flank was the best of the forward division and scored two goals. Berkley Cox did well in the centre despite the good play of his opposite number, Ken Turner. Best of the others was Bob Crowe on the half back-flank. - Football Record. 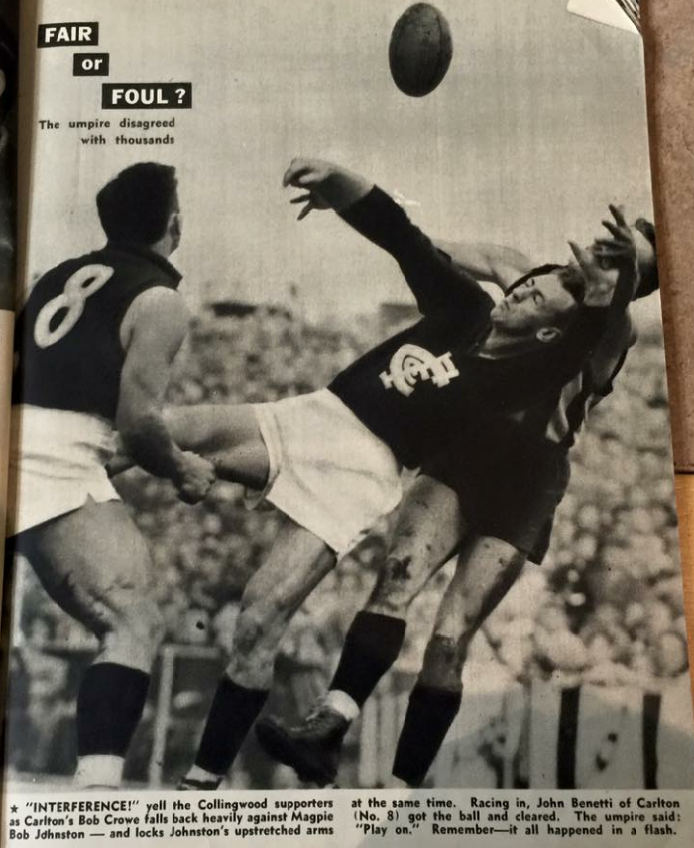 1962 Rnd 6: Carlton's Bob Crowe and John Benetti (8). This photo is not exaggerating Benetti's thighs, they were huge!
Blueseum image