Carlton defeated Richmond by 23 points - MCG. Maurie Beasy became the first Blue to make his debut in a finals game.

Champion rover Lyle Downs missed this vital game through suspension, and Carlton introduced Maurie Beasy for his first appearance. This was the first time in our history that Carlton had included a debutante in a final, and Beasy was a good performer in a strong defensive effort by the Blues. The only other Carlton player so honoured was Scott Howell, sixty years later in the 1980 finals.

This final was played in heavy conditions. The Blues adapted better in the first half, and kicked four goals to one to establish a handy 20-point half-time break, before a great third quarter by the Tigers gave them a sniff of victory. After kicking three goals to none in the term, they led by a point at the final change.

Carlton, however, steadied in the last quarter and ran away with the game by 23 points, in the Blues' first finals victory over Richmond since 1916.

The Albury Banner in its report lamented the fact that no one bounced, or drop kicked the ball. 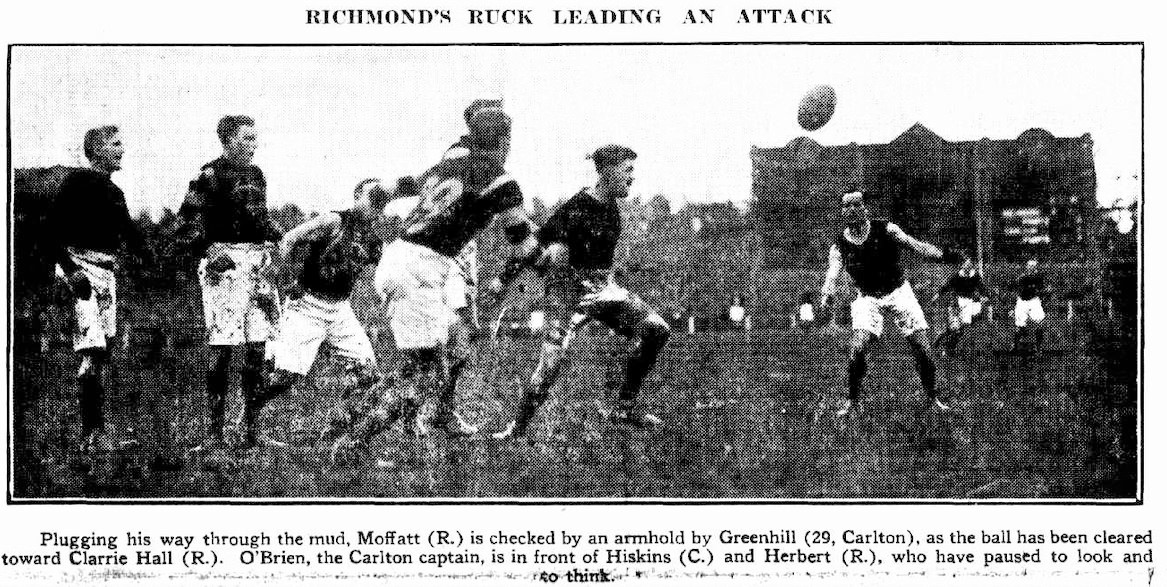 Note: Some Carlton players are wearing their Geelong type practice match jumpers under their sleveless guernseys.

Debut: Maurie Beasy
Losing Streaks: This win marked the end of a record equalling run of 5 consecutive finals losses for the Blues