In a crucial battle for 3rd spot, the Blues easily beat the Magpies to make it 5 wins in a row, it seemed as if the Blues were hitting some good form at the right time of the year and with a bye next week, they would be fresh for the finals.

The crowd of 51,000 was a record for home and away matches to that point in time.

During the final quarter as Carlton were in attack, an aeroplane flew over and dropped Peace Loans advertisments. The ground was invaded by boys seeking souvenirs and play was held up until the ground was cleared.

The report and subsequent suspension of star rover Lyle Downs (BOG) would prove extremely costly to Carlton's finals campaign. The ill-fated Lyle was reported twice in his career and suspended for a total of 18 weeks which at this distance would appear excessive.

At the end of this round Carlton were in 3rd spot on the ladder with a percentage of 128.7. 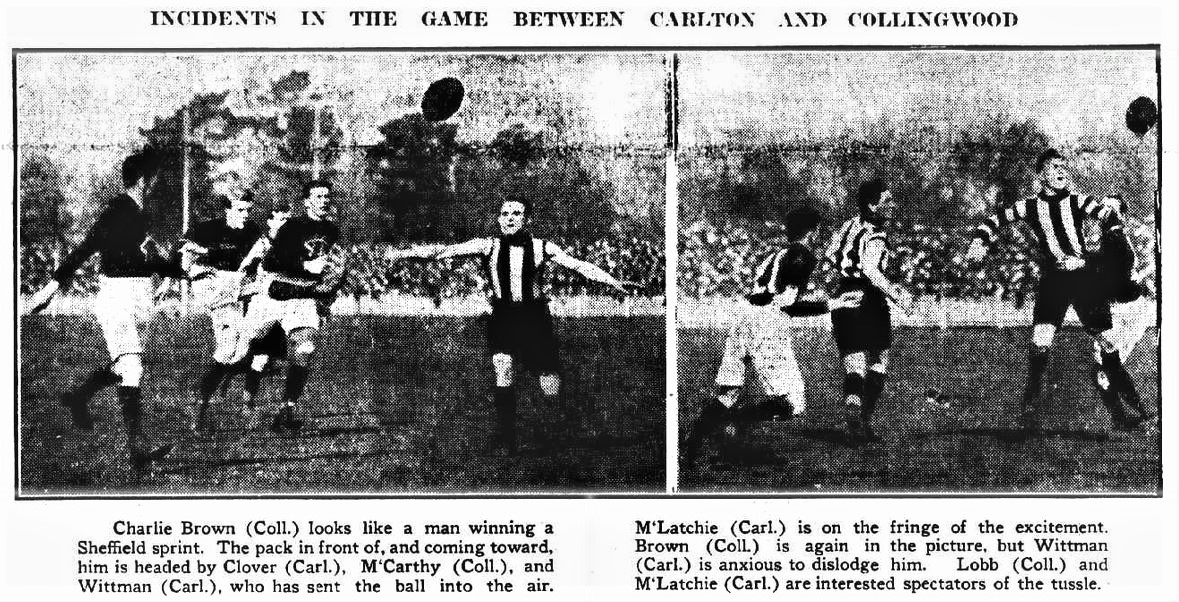