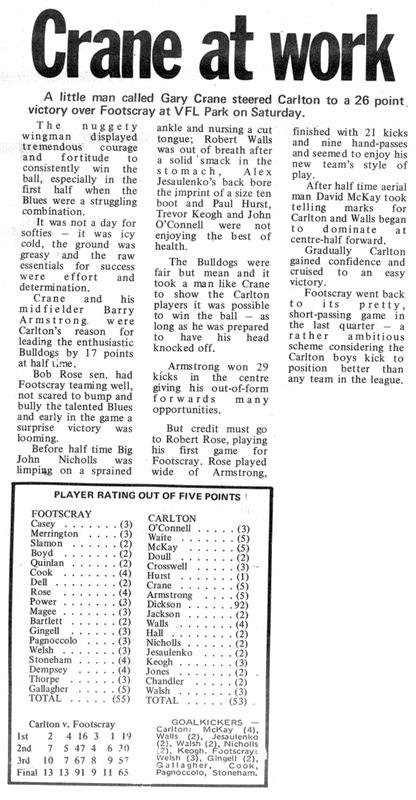 Footscray played well as a team and had they been able to keep up the pressure for four quarters could have worried the League leaders. However, it was only in the first and third quarters that they were able to outscore the Blues. It was Carlton's sixth win in a row over Footscray and they are now 1.5 games better than they were at the same time last year. - Football Record.


Note; Andrew Lukimitis had changed his name to Lukas from 1971.