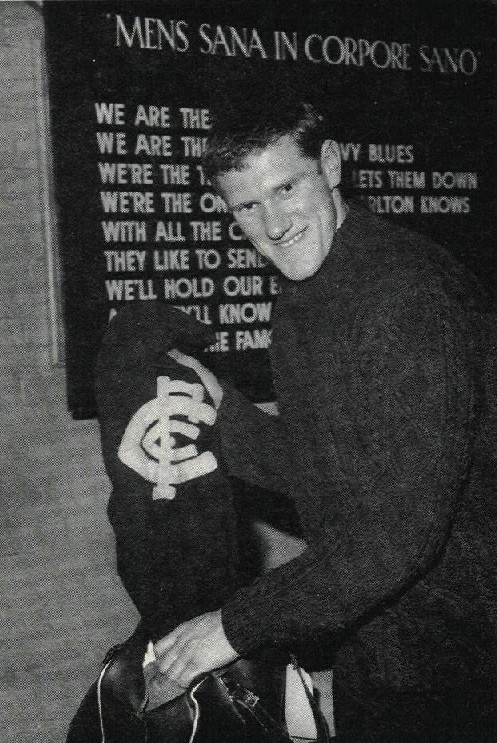 
Ron Auchettl (pronounced 'Ocker-tell') was a journeyman flanker who filled various roles at Carlton from 1966 to ’69 after being recruited from Merlynston in Melbourne’s north.

Ron’s time at Princes Park coincided with the legendary recruiting spree of the Barassi era, so he found himself part of one of the most talented player groups ever assembled by the Blues. This limited his opportunities, but his persistence still brought him 17 senior appearances and 8 goals in four seasons, including Carlton's 29 point loss to Geelong in the 1967 Preliminary Final.

Ron finished third in the reserves best and fairest award in 1968 despite only playing 8 games during the season, he had the distinction of being appointed captain of the first combined reserve grade team to play in Sydney where he was adjudged the second best player in the game. Ron captained the Blues’ Reserves team in his final season, then was cleared to Bendigo League heavyweights Castlemaine as captain-coach in 1970.