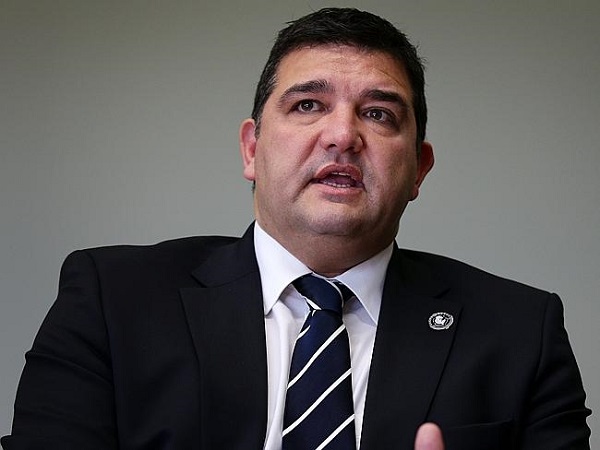 Mark LoGiudice succeeded Stephen Kernahan as the 30th President of the Carlton Football Club in June, 2014. A successful businessman and a lifetime devotee of the Navy Blues, LoGuidice had first joined Carlton’s Board of Management in 2010, before being appointed Vice President in 2013.

In line with the club’s constitution, Kernahan was obliged to conclude his tenure as a Carlton Director at the end of 2014, and did not seek re-election. The Board considered his replacement for more than 12 months, but eventually appointed LoGuidice in a unanimous decision.

Announcing the change at the top of Carlton’s administration, Kernahan said; “The Carlton Board has unanimously decided to elect Mark LoGiudice, a current Director with more than four years of valuable service, as the next President of Carlton Football Club.”

“The Board has been working through a succession plan since November 2013. We have concluded that this appointment represents a generational shift - one that will enable us to move into the next phase of our strategic work. Mark is a strong businessman with a wealth of experience. He chairs our club member Venues Sub-Committee, and is an integral part of our Finance, Audit and Risk Sub-Committee.”

Renowned as a negotiator, LoGiudice has been a member of the Carltonians – Carlton’s oldest and best-known coterie group - since 1995, as well as the much-younger Inner Blue. He has worked in the property industry since 1986, and is currently Managing Director of Crawfords Group - a family-owned investment company involved in the development of commercial, industrial and retail property. He is also a Director of Premier Fruits Group, a national farming, marketing and logistics company, and a long-standing supporter of RCH 1000, which actively raises funds for research at the Royal Children’s Hospital.