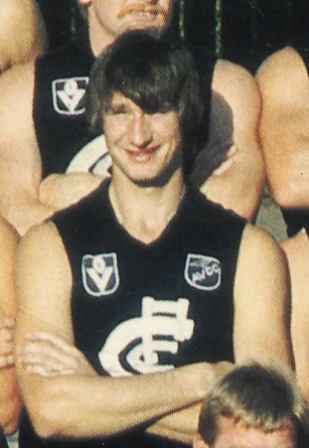 Greg was a good defender and John Elliott 'sent' him to Glenelg to help them win the premiership so Stephen Kernahan would come to Carlton. Kazuro is still loyal to the Navy Blue and is quite regularly seen at Carlton games watching his beloved Blues in action, he is also an active member of the past players association.