The Blues only kicked a single major in the first term of this match as Richmond, our nemesis throughout the earlier part of this decade, piled on six. A fighting second quarter comeback evened things up, before Carlton launched an onslaught not often seen on a battle field, yet alone a football field.

Ten goals in the third term to Richmond's one set up a magnificent win over the old enemy. Robert Walls was the star, with 10 goals straight in a dominant performance at centre half-forward.

Carlton recorded their seventh win in succession with a fine victory over Richmond by scoring 20.12 in the final three quarters and completely eclipsing the Tigers. Carlton have now had their best opening to a season since 1959 and the Tigers their worst since 1970. Highlight of the match no doubt was the ten goals to vice-captain Robert Walls, but the fact that Richmond had 6.7 on the board at quarter time to 1.2 shows how much they dominated after the first change. It was also the Blues highest ever score against Richmond in home and away matches and second only to their record breaking 1972 Grand Final total. - Football Record.

Carlton scored 20.12 in the final three quarters to defeat Richmond by 71 points at Princes Park. Robert Walls kicked 10 goals for the Blues while Royce Hart scored three for the Tigers. - Football Record. 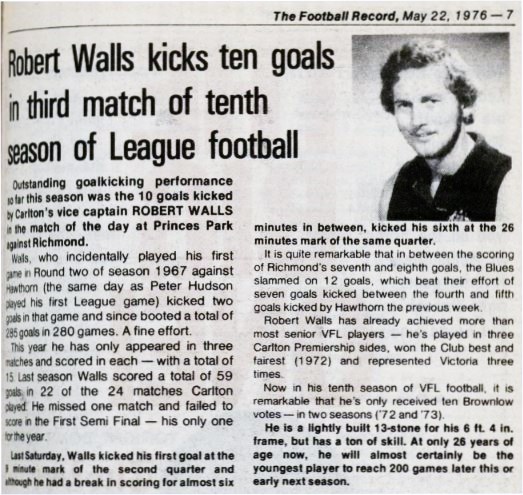 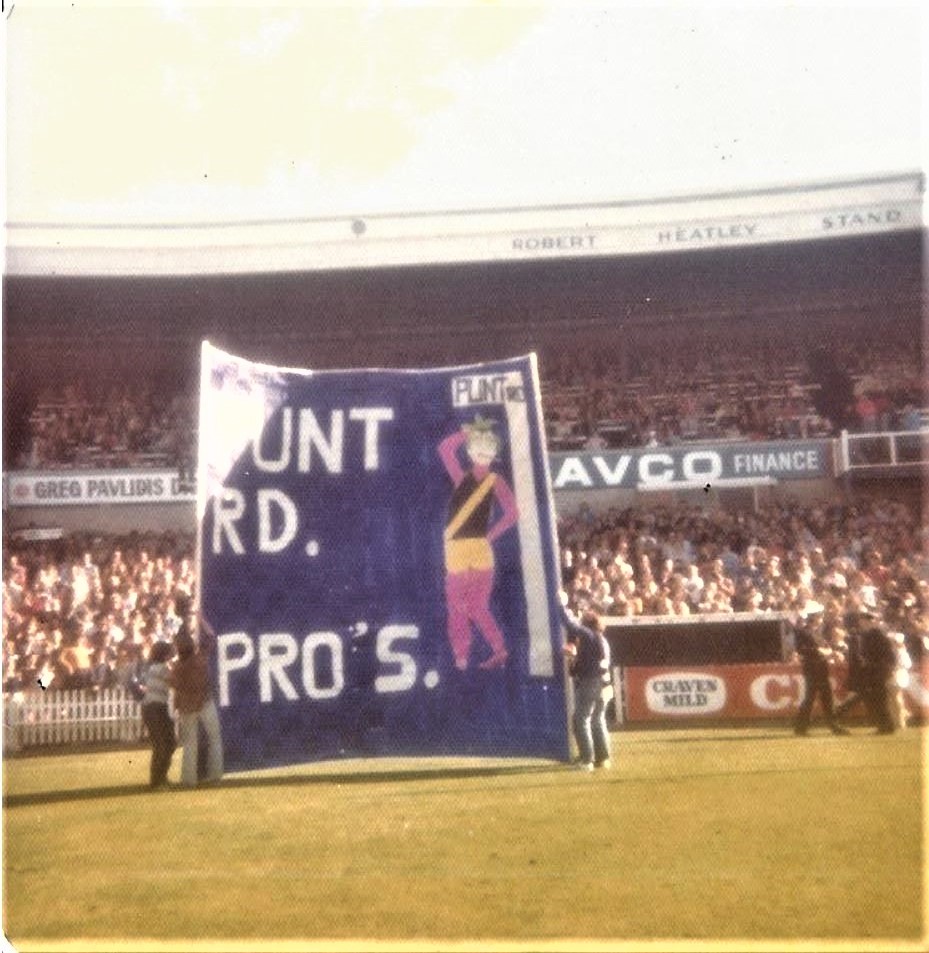