Another close game for the Blues, against Richmond at Princes Park. The final margin was 6 points in favour of Carlton. 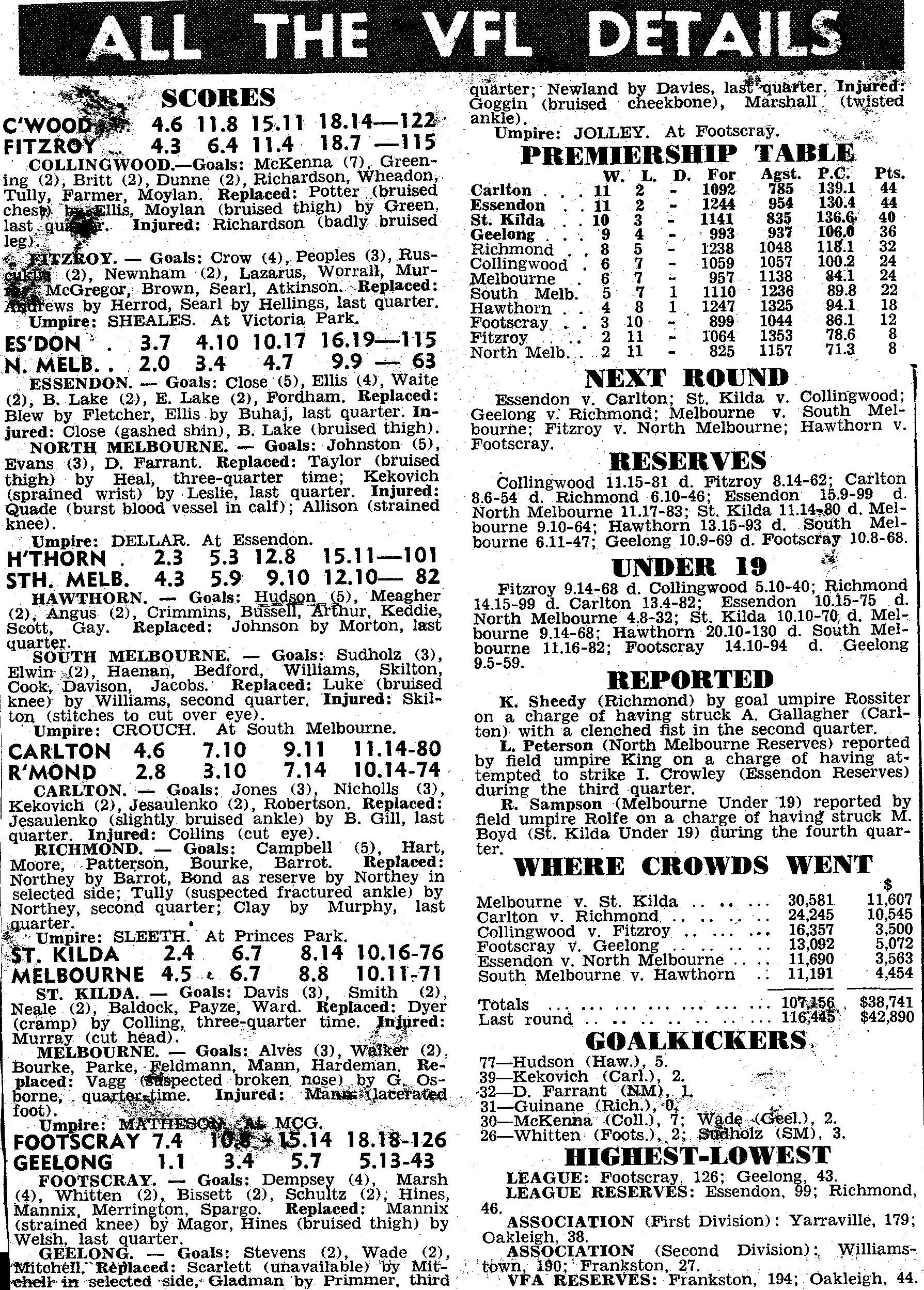 Richmond began this match full of confidence, and aiming for their seventh consecutive victory over the Blues. The positions of the teams were changed from the original selections on Thursday night, when Barrot took the field for Richmond and Northey dropped down to 19th man. Both teams went in hard early, and both kicked inaccurately. But Carlton made better use of the ball in their forward line during the first and second quarters. John Nicholls more than held his own in the ruck, and both he and Jones proved to be dangerous forwards. Carlton held a handy four-goal lead at half time.

After the long interval, Richmond changed their side by returning players to their best positions, and they began to peg Carlton back. In a tight last quarter, the Blues held on and proved to be the best side under pressure as they won by one goal.

Richmond gave its side a big shake-up for the important game against Carlton and had men in new jobs on every line. Bill Barrott was not selected after a thigh injury, but was brought in on the day of the match. The move didn't work for the Tigers who suffered a one goal defeat. - Football Life.

Score Records: This was the last of 10 consecutive wins for Carlton, one of the best winning streaks in our history