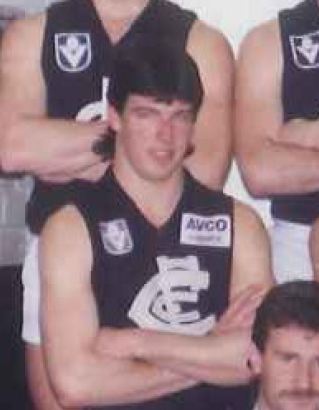 Robert Miller played Reserve Grade Football for Carlton from 1986 to 1987 for the Blues. He was originally recruited from Rochester.