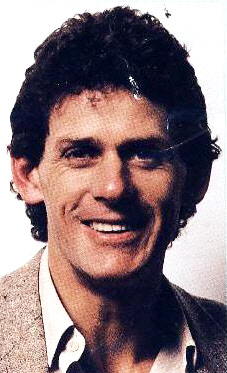 Beforehand, Ball had been a specialist full-back in 12 games for the Tigers and another 43 for the Bloods between 1969 and 1974. After leaving the Lake Oval, he joined VFA club Caulfield for a couple of seasons before moving on to Mulgrave, and then to Princes Park.

Unfortunately for Ball, his one season in charge of the Blues’ youngsters was not a memorable one. After winning four of their first six games, the team slumped to finish tenth on the 12-team ladder, so the consequent parting of the ways came as no surprise.

Later, Ball returned to South Melbourne as an assistant coach during the early days of their transformation into the Sydney Swans, and went on to serve as a member of their match committee for a number of years.

Malthouse & McConville fight for the ball.