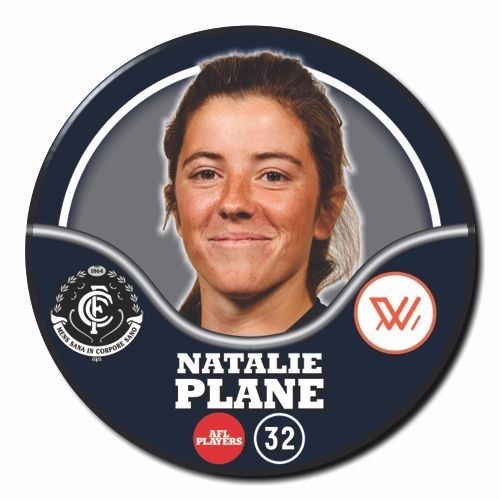 As a former cricketer, Plane brings a wealth of knowledge about performing in elite sporting environments. A strong inside midfielder, she will be an asset in the middle and around the stoppages. The 20-year-old’s ability to not only dissect the ball from congestion, but then to run and carry into space, makes her an “exciting prospect”. “Nat’s agility and speed will add further depth to our midfield,” senior women’s coach Damien Keeping said. “She has experience in operating in a professional sporting environment, so I have no doubt she will adapt and thrive at Carlton.”


Plane sidelined for AFLW season
Carlton women’s player Natalie Plane will be sidelined for the remainder of the AFLW season, after suffering an injury in the Round 1 victory over Collingwood. The midfielder suffered a high-grade ankle sprain during the historic opening game of the AFLW season at Ikon Park on Friday night. Tahni Nestor will come into the side as a top-up player, with women’s senior coach Damien Keeping praising the 25-year-old’s versatility on field. “While it is very disappointing to lose Natalie with a season-ending injury, we now welcome Tahni into the side as a top-up player. "Tahni has a fierce thirst for the contest and is a neat kick. Tahni’s openness to learning will ensure she fits with the culture of our playing group.” The 25-year-old comes in to the side from Ballarat, after transferring to the Eastern Devils and playing in the VFL last year. - Carlton Media February 9, 2017