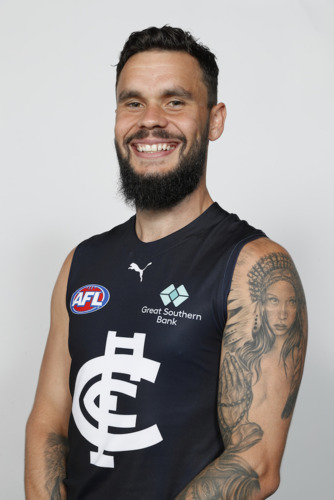 Zac Williams was born and raised in Narrandera, New South Wales, to Steven Williams and Joy O’Hara, alongside sister Samantha. Williams is of Aboriginal Australian (Wiradjuri) descent on his father's side and of Bosnian descent on his mother’s side. His Father Steven passed away when Williams was six, but has always had a “profound influence” on Williams and his indigenous heritage. Williams, grandfather Ed Murray is an elder of the Wiradjuri people and is one of the Stolen Generations, he remains one of his biggest fan. Williams attended Narrandera high school, and grew up playing an array of sports including basketball, rugby league, and AFL. Whilst Williams father, grew up playing rugby League, he chose to enrol Williams in Auskick as soon as he was old enough as he believed Williams was more suited for the game. At age 15, Williams chose AFL over basketball and rugby despite him preferring basketball at the time, he didn’t think he would be tall enough to go professional.

In April 2013, he was promoted from the rookie list to the senior list, and made his debut in round five in the 2013 season. He earned the round 19 nomination for the 2013 AFL Rising Star award. On 24 May 2017, it was announced that he would wear number 67 on his jersey, rather than his usual 29, for the round 10 Sir Doug Nicholls Indigenous Round game against West Coast. This was to commemorate the 1967 referendum (which allowed Indigenous Australians to be counted with the general population in the national census). At the conclusion of the 2020 AFL season, Williams informed GWS that he would explore free agency, soon nominating Carlton as his preferred destination. Williams joined the Blues as a restricted free agent on October 30, 2020.

Blues welcome Williams
The Carlton Football Club can confirm Zac Williams will wear the Navy Blue. The star free agent arrives at Ikon Park on a six-year deal, after nominating the Club as his preferred destination at the conclusion of the home-and-away season. Williams will add poise, toughness and dynamic play-making ability to a Carlton side looking to take the next step forward in 2021. Selected by the Giants with pick No.55 in the 2012 NAB AFL Rookie Draft, Williams has played 113 games since making his debut in Round 5, 2013. In 2019, a year which saw GWS as premiership contenders, Williams was No.1 at the Club for metres gained as he orchestrated their attack from the back half of the ground. He was also the standout player for the Giants during the 2019 finals series, averaging 21 disposals, five tackles and four clearances, including a best afield performance from the midfield in the preliminary final win over Collingwood with 25 disposals, 10 clearances and one goal.

As well as his clear talent, the 26-year-old’s proven ability to play multiple positions will add versatility to the Blues’ line-up, and his competitive hunger provides yet another asset that will excite the Carlton faithful. Blues Head of List Management Nick Austin said the decision by Williams to sign on was another significant step forward for the football club. “Our club has been working hard to build an environment that not only our current players but other players want to be a part of,” Austin said. “For Zac to decide that he wants to play the prime of his career in the Navy Blue guernsey is a sign that we are starting to make significant progress in where we want to get to as a football club. “Adding speed and versatility to our side, as well as depth across our midfield, is a priority of ours as we look to implement the next stage of our list management strategy. We believe Zac, with his athleticism, ball-wining ability and capacity to break lines, fits that mould perfectly. “At home in defence and in the midfield, we’re looking forward to seeing Zac bring his experience to Ikon Park and strengthen our playing group in 2021 and beyond.”