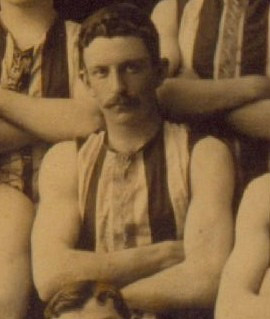 The unusual first name of Rhoda sets this player apart - he is the only Rhoda in our history he was actually born as Robert Ernest, but was known as Rhoda.

McDonald the player had earlier played with Collingwood in 1897, taking on Carlton in Round 7, 1897. McDonald managed 9 games and 4 goals for the Magpies in his only season with the Magpies. Then, some 4 years later, McDonald played a season with Carlton and managed 4 games, but unlike fellow 1901 debutante George McGann, McDonald managed to kick a goal for the Blues.