Having represented Carlton at Under 19 and Reserves level in the 1950's, Bill Hoogen was cleared to VFA club Coburg, where he earned a reputation as hard and honest back pocket.

After playing in Coburg’s 1959 Grand Final loss to Williamstown, Bill rejoined Carlton in 1966 to coach the Under 19's. However, his transfer from Coburg wasn’t completed by the deadline, so for the early part of the season, he had to address his charges from across the fence!

Bill can be seen in many of the Under 19's team picture galleries. To access images of Carlton U19s and Reserves teams of the era, click here. 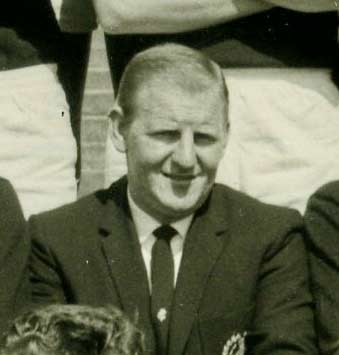 W. Hoogen won the Best & Fairest for Coburg Stars U/17 for season 1953. (Trove: Age August 22 p10)
There was a W. Hoogen who was the secretary of the Collingwood Football Club in the early 1980's.
Also, there is a William Hoogen born 29/10/1937 who was a motor mechanic in 1955 and lived in Gaffney Street Coburg
Are all these the same person, and the Carlton U/19 player/coach and Reserves player?