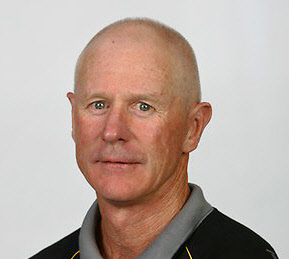 David Wheadon played 19 senior games of VFL football at Collingwood from 1968 to 1970, before beginning an extensive coaching career that continues well into the current century. Aged 23 on leaving the Magpies in 1971, he was appointed captain-coach of Colac in the Hampden Football League. Later, he switched to Anglesea in the Bellarine & District Football League, and coached their representative side in 1981 and 1983.

In 1985, Wheadon was recruited by Geelong, where he acted as the Cats’ reserves and skills coach over the next five seasons. Then, as 1991 approached, David Parkin headed back to Carlton as senior coach after a five-year absence. The Blues saw Wheadon as an ideal assistant to Parkin, so an offer was quickly made, and quickly accepted. However, “Parko’s” return season was not a particularly joyous one, and after Carlton finished eleventh on the 15-team AFL ladder, Wheadon and the Blues parted company.

Over the following 14 seasons, Wheadon filled a variety of assistant coaching roles at Essendon, Collingwood, Richmond and St Kilda as his standing as one of the game’s innovators continued to grow. In 2009, he helped create the Next Coach program, designed to smooth the transition of retired AFL players into the coaching ranks. One of his first graduates was Adam Simpson of North Melbourne, who was appointed senior coach of the West Coast Eagles in 2014.

Wheadon has also written a number of books and coaching manuals on the skills and mental preparation required to play at elite level, including the highly-regarded “Drills and Skills in Australian Football.”