The Tigers recorded their 59th win in 135 matches against Carlton and apart from the mammoth total kicked in last year's Grand Final, the two teams aggregate was the highest since 1968 and they've met 12 times since. Carlton won early, but were not able to bounce back at the confident Tigers, once they hit their "straps". Richmond's 10.6 in the second quarter proved too much a hurdle, although the Blues fought hard at the finish of the game. - Football Record. 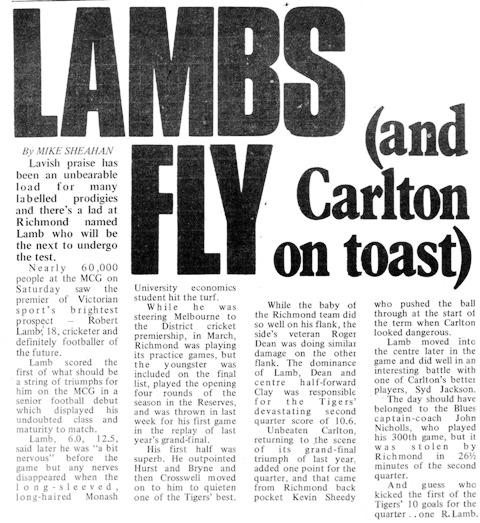