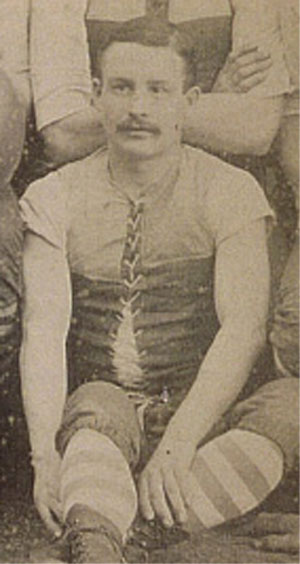 Possibly recruited from Ballarat City, as an A. Berry was City's captain in 1882.
An A. B. (Andrew Burgess) Berry (Ballarat) features in a montage of footballers surrounding an image of the late George Coulthard. Possibly a relation? See George's page. Also read the obituary on this page.

1886 "generally useful" singled out for special mention in the 1886 season 17 goals (from 131 goals.)
(Centenary Souvenir of Carlton Football Club p18)

1887 Named in "The Australasian" as one of Carlton's stars, as a utility.
(The Carlton Story, H.Buggy and H.Bell P60)

1889 June 28
The Sun's Tasmanian correspondent reported;
"Berry, late of the Carlton (Vic) club, has arrived in Hobart, and will play for the City club."

1890 The Australasian in it's season preview says Berry has returned from Tasmania to play for the Blues in 1890.

1890 June 7
Dandenong played Berwick and the report said "Berwick besiged the goal again, and Berry got a free kick for being pushed, and the Carlton crack added another goal to the visitors score."

"From Ballarat comes word of the death of Alfred T. Berry, a champion footballer in the old days. Alf. Berry, populary known as "Dolph," played originally with the Albion Imps, and later with South Ballarat. On coming to Melbourne he played with Carlton, and was a little champion. He possessed dash, strength, and determination, could handle the ball beautifully, his short, sturdy frame being capable of withstanding almost any fatigue.
He played in my time, and, in spite of the fact that great Ballarat footballers, in the persons of Peter Burns, George McKenzie, W. Cleary, and others all hailed from the Golden City, it is questionable, indeed, whether any better all round player left Ballarat. In one final in Melbourne, in the 90's, between Carlton and South Melbourne, in which victory rested with Carlton, by 4 goals to 3, Berry kicked the 4 goals. I played against him many times in those far-off days, and can vouch that he was not only a grand player but a manly one also.
After leaving Carlton he went to Tasmania, Berry, who was born near Inglewood, and was 56 years of age, was a member of a great football family. His eldest brother Andrew, was one of the strongest men for his size that ever entered a football field, his wonderful strength being backed up by remarkable dash. Another brother, Henry, of slighter build, was also the possessor of pace.
The deceased was the oldest employer of the firm of Berry, Anderson, and Co. proprietors of the "Sporting World," in Ballarat. He leaves a widow and family of 13. Three of his sons went to the war, one of them unfortunately losing an arm."
(Australasian August 06 1921, p25) 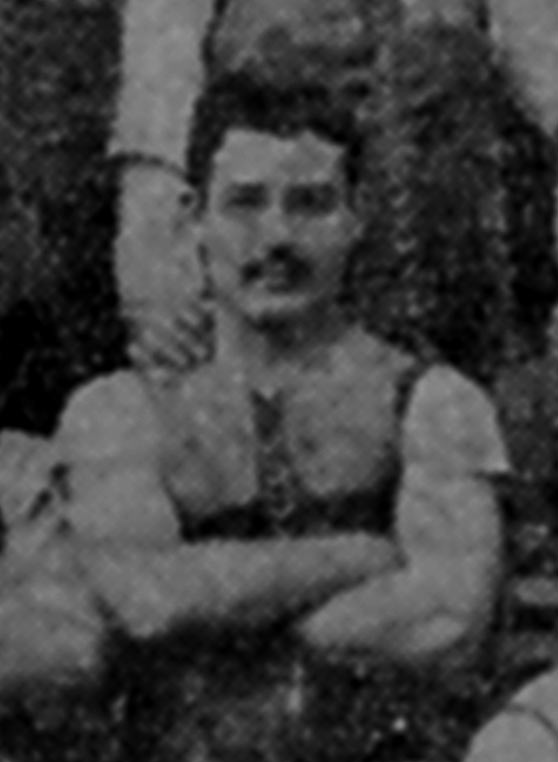 This 1887 cartoon is about the Study of History being introduced in the State school curriculum.
Graham Berry was Premier of Victoria three times between 1875 - 1881.
State school Teacher; - "Now, my lad, who was Berry?"
Young Hopeful; - "The man who kicked three goals for Carlton."
Melbourne Punch September 01 1887 p11