William Joseph Birch
.*The two newspaper reports below, differ in Joe's age. One says 43, and the other 39, the latter would give his age at Carlton as around 22 years in 1896.

1896 April 18
The Coburg Leader says;
"The Carlton Football Club is trying hard for Joe Birch of Coburg, his goal kicking must have tickled their fancy last season."

1896 May 02
Birch named in the Carlton squad of 28 for the match against Ballarat Imperials, at Saxon Paddock, Ballarat.
Joe played in this match and scored a goal.

1896 May 09
The Herald reports that Birch will play against Essendon at the East Melbourne C. G. Joe Birch was photographed in this Carlton team vs Geelong on the MCG June 20 1896.
He was named in the forward pocket. If anyone can identify Joe or any other player please contact Blueseum 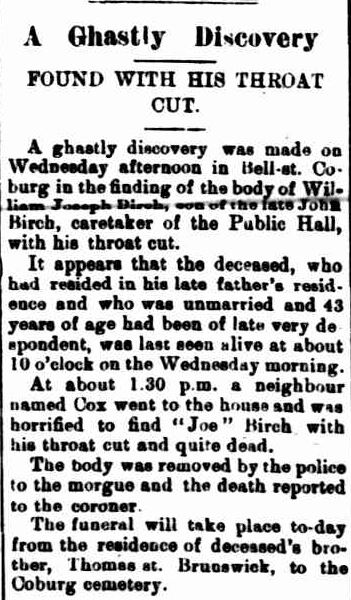 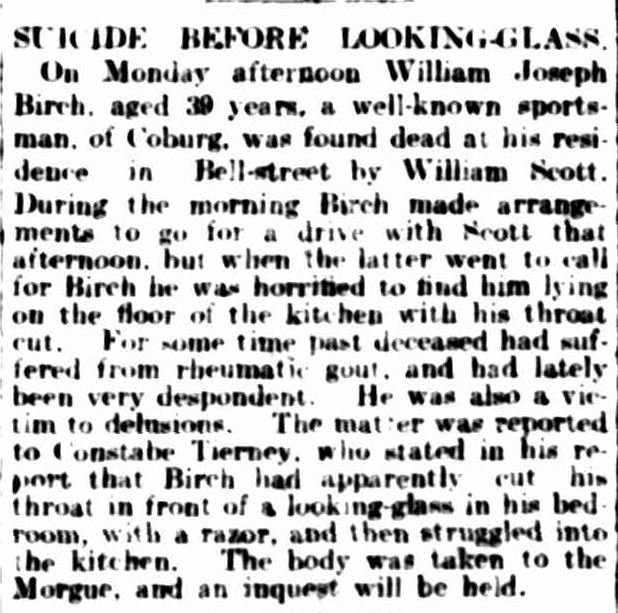