Ridgway would make his name in sports other than Australian Rules Football. Ridgway was a high jumper who competed at the 1956 Olympic Games and 1958 Commonwealth Games for Australia. He had also competed in the Australian Open Track and Field Championships from 1955/56 to 1959/60. Ridgway failed to make the 1960 Australian Olympic team and so accepted an offer of a track and field scholarship to Lamar Tech (now Lamar University), before joining the Dallas Cowboys. In 1961 he became the first Commonwealth athlete to clear 7 foot in the high jump.

Ridgway attended Lamar University in Texas, where the Dallas Cowboys discovered him and signed him to their 1965 team. He participated a total of three games as a punter, making him the first Australian to play in the NFL. It turned out that the running drop-kicks that were commonly used at that time in Aussie Rules didn't translate well into the American game. But Ridgway stayed in Dallas and became a successful businessman.

Colin Ridgway was found murdered at his University Park Texas home on May 13 1993.
To date, no arrests have been made and the case remains open. 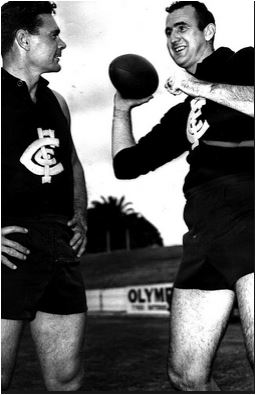