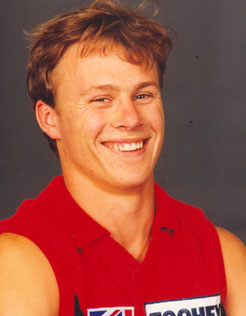 
Anthony McDonald was recruited from Ballarat YCW in the 1990 National Draft, he was selected at pick 73, this was Carlton's fifth pick of the draft. He was the younger brother of Alex McDonald, the No.1 pick in the 1998 National Draft. Another brother, Jamie played, and later captained the Melbourne FC. He was delisted at the end of 1991 season, but then subsequently redrafted in the 1991 National Draft.

Anthony McDonald also had a stint with Hawthorn Reserves but could not crack it for a senior game. He then headed to VFA Club Coburg and played some good footy (8 games and 1 goal), Hawthorn drafted McDonald in the 1992 mid-season draft but he failed to play a senior game with the Hawks. He was later drafted from Coburg by Melbourne in the 1996 draft at pick 59. He would represent Melbourne from 1997 to 2002 where he played 104 games, and kicked 41 goals. The pinnacle of his career was the 2000 Grand Final, in which they lost to Essendon. 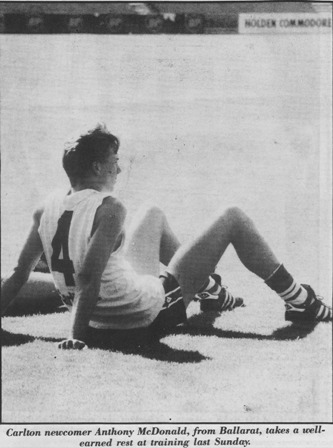