When he donned the lace-up and took to the Lake Oval for his one and only game for Carlton, Harry Gyles set a record that would endure for more than three decades. At 16 years, 321 days old, Harry earned bragging rights as the youngest man to represent the senior team until Ted Pollock (16 years, 200 days) completed his debut in the ninth round of 1930.

Harry’s fleeting appearance came just one week after the opening round of VFL competition, in what was the first ever match between Carlton and South Melbourne almost 115 years ago, Saturday May 15, 1897. 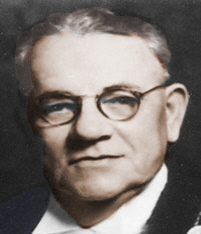 On that autumn afternoon against the Bloods, the visitors countered a 25-point deficit after the final change to go down by a measly four in one of their more commendable showings for the season.

The Carlton rover “Brook” Hannah was adjudged Carlton’s best player afield for his troubles, while Henry McPetrie twice goaled from a forward pocket. But Harry was rarely sighted through the course of the match, duly omitted and never made it back.

It’s known that in 1896 Harry joined the Blues from Richmond Juniors across town, for what was their swansong season in the VFA, but after completing that one and only cameo appearance for Carlton the following year, drifted into apparent oblivion.

While his death was recorded as February 2, 1959 and his cremated remains sit in a nook of Fawkner’s Garden of Remembrance wall, Harry’s 79 years on earth had remained something of a mystery.

A conscientious researcher, Ross King, has pried into Harry’s post-Carlton career and unearthed a colorful community-conscious character who met life’s challenges and all its twists and turns. It was King, the Vice President of the Cinema and Theatre Historical Society, who identified Harry’s tale whilst completing research for an article on the centenary of the former Moonee Ponds Picture Theatre.

Harry John Wilmott Gyles, the son of Samuel William and Grace Oliver and the youngest of 13 children, was born in Carlton on June 28, 1880.

Six years after his first and last hit-out for the Carltonites, Harry exchanged wedding vows with a local girl, Eva Hope. Together the Giles’s would raise five children - a daughter and four sons - one of whom would be lost in cruel circumstances during the Second World War. 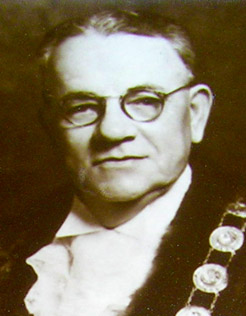 Harry’s name first surfaced in print on the occasion of the first established picture show to screen in the Moonee Ponds district - an open air show featuring short films and variety acts - at the Moonee Ponds Picture Gardens on December 3, 1909.

The famous Roy Rene (“Mo”) performed there then, as did two popular vocalists - Robert McLeish and Harry the baritone - who had both performed with travelling bioscope shows in previous years.

Harry’s vocal talents took him on the road and by 1910 he was touring with the Anderson Pantomime company managed by Beaumont Smith, who became one of Australia’s foremost silent film directors.

In April of that year, Harry bobbed up in a panto with Nat Clifford, as the “Dame” at Broken Hill’s Crystal Theatre.

He also contributed a musical offering at a time when the White Australia policy served to restrict “non-white” immigration to Australia.

The local Barrier Miner of April 23 of that year reported in part;

“Mr. Gyles is a song writer, and has written a patriotic song entitled ‘White Australia’, which may yet become the national song of Australia. The words have been printed in the monthly school books of Victoria. When in Kalgoorlie, Mr. Gyles was invited to attend a meeting of the A.N.A. (Australian Natives Association) branch there to sing ‘White Australia’ and was accorded a flattering reception. The Melbourne national council of the A.N.A. is using its endeavors to have the song proclaimed as the Australian national air.”

Towards the end of The Great War, Harry seriously pursued his cinematic interests. In late 1918 he oversaw the first screenings at the Moonee Ponds Town Hall and by 1927, on the retirement of Mr. JC Langley, was appointed manager of the Moonee Ponds Theatre. 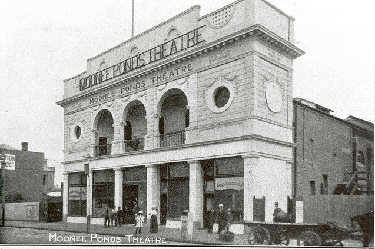 A series of significant happenings duly occurred at the Moonee Ponds Theatre under Harry’s watch.

In September 1929, the premises were shut down for a week while being wired for sound, in preparation for the screening of the first talkie in the district, The Dangerous Woman.

And by 1933, with The Great Depression gathering pace, more than 1000 people filed through the theatre’s doors for the inaugural Community Singing Day, which was sponsored by the Moonee Ponds Traders Association of which Harry was president.

But amid all the highs came one terrifying low.

In March 1932, after locking up the theatre and returning to his nearby Moonee Ponds home, Harry was kidnapped by three armed intruders. Bound, gagged and blindfolded, he was bundled into a car and driven back to the theatre in the wee hours.

There, Harry was forced to unlock the safe from which the men helped themselves to 35 pounds, 13 shillings and ten pence, being the previous night’s takings. He was then forced back into the car, dropped off at a nearby location and duly walked home with his hands still bound . . . and the thieves were never apprehended.

By the late 1930s, after Union Theatres - General Theatres had withdrawn and the place reverted to independent operation, Harry was appointed Managing Director of the Moonee Ponds Picture Theatre Co.

Then in 1938, Harry declared his candidacy for the Moonee Ponds Ward of the Essendon Council at the upcoming election.

Four years later, at a time when two of his sons Lloyd and Nathaniel had already enlisted for wartime duties, Harry was elected Essendon Mayor.

It was during this time, in May 1943, that Mayor Gyles and his wife were hit with truly dreadful news. A cabled telegram from the Australian Airforce and addressed to Harry at his home at Jesmondene on Milfay Avenue, read as follows;

“Regret to inform you that your son Sergeant Nathaniel Robert Gyles is missing as a result of air operations on 28th April 1943. Letter will follow.”

Sergeant Gyles, then 25, was one of seven crew members lost in a Lancaster Bomber. The bomber was thought to have crashed into the southern part of the Sea at Kattegat between Sweden and Denmark on what was a mine laying operation on the night of April28/29.

Sergeant Gyles’ body was never recovered - not that Eva ever gave up hope. In editions of The Argus through 1943 and ’44, she placed three notices, two of them carrying the following heartfelt messages.

“I am proud to be the mother of such a son and bless the years I called him mine, my Nat”.

“My light of hope still burns. He walks beside me every day. My Nat.”

Harry Gyles survived his lost son Nathaniel by 16 years and his death was not lost on the good people of his community for whom he’d so ably served.

The Essendon Gazette, in an obituary published in 1959, acknowledged the passing of “one of the District’s best known and most esteemed citizens”.

“Mr Gyles was a resident of Moonee Ponds for 48 years and the Director of the Moonee Ponds Theatre for 25 years,” the paper noted.

“He served as a Councillor for 12 years and was elected Mayor of Essendon in 1942-43. He was a Foundation Member and past President of the Essendon Rotary Club, a member of the Ascot Vale Bowling Club and the northern golf Club and a Life Member of every Melbourne Hospital and the Mount Royal Homes. He was a singer of note and took part in theatrical productions. He was also a past President of the Picture Industry Association.”

And he played one senior game for the Carlton Football Club.

1994 - Silvagni gets a clearing kick from defence.