Every season we see guernsey numbers allocated to the newcomers, plus the occasional jumper shift amongst the current players - mostly down. But the news that Brock McLean had chosen a higher guernsey number - #14 - than his allotted #7, certainly had a few Carlton fans scratching their heads. Whilst there were very good reasons for McLean's shift, how long had it been since someone had chosen to move to a higher guernsey number? The Blueseum was determined to look into our records and find the answer.

First thing's first - why is McLean Moving On Up? It's a pretty simple reason itself, one steeped in Carlton history. For Guernsey 14 and the McLean Clan go hand-in-hand: 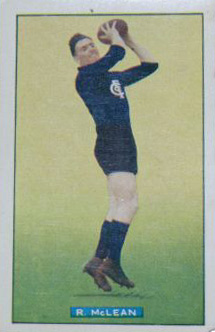 In amongst the Carlton legends of English, Ashman and Sexton, another trend is clear. Since 1935, 4 different McLean relatives have worn the guernsey. From Carlton champion and dual Premiership Player Rod, to Rod's brother Ken, Rod's son - and Brock's uncle - Ricky McLean, and now to Brock, its clear there is a connection to the guernsey.

But what of other players to have 'Moved on Up'? To answer this question it is worth nothing that in the early years of player guernsey numbers after their introduction in the 1911 Semi Final, it was very common to switch around year on year - even within a season. For example, Carlton's 5-time Premierhip player Charlie 'Champagne' Hammond played VFL - AFL football in 5 guernseys throughout his career, having a fair mix of 'Moving on Up' and 'Moving on down'. It simply was relatively common back in the 1910-1940 era to play in multiple jumper numbers.

Furthermore, Carlton Brownlow Medallist Bert Deacon would play football in guernseys 14 and 19 before settling in to Guernsey 23 - and Centre Half Back - to win the Brownlow. Alex Duncan, Jim Baird, Graham Gilchrist and Ken Baxter are others to have changed up their guernsey numbers. 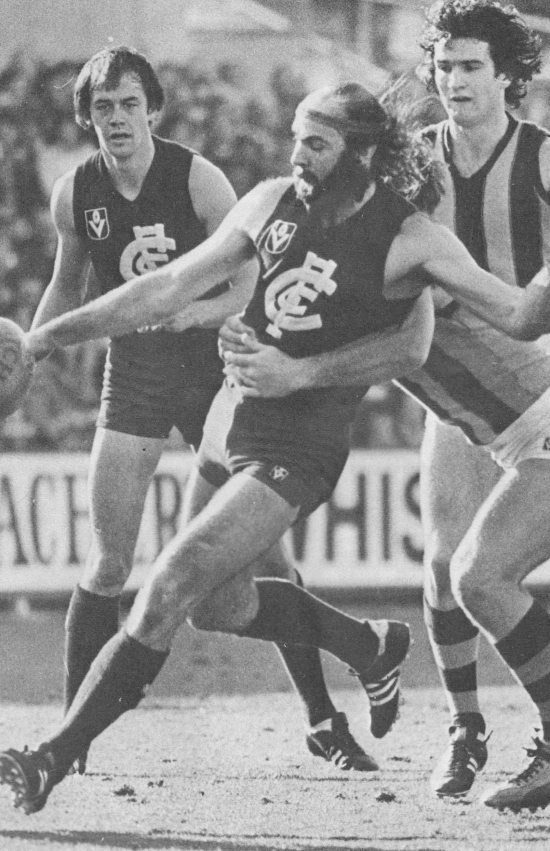 Given this, we decided to focus in on players who 'Moved on Up' in the last 40 years or so.


At the top of the list is Carlton Legend Bruce Doull who moved from Guernsey 4 to Guernsey 11, for the 'Footy Folklore' of preferring some physical distance from the lower locker numbers. Doull would star in Guernsey 11 over a further 329 games until 1986. Brian Walsh, Eric Pascoe, Graeme Whitnall and Peter Bedford would also all move guernsey numbers up in their time at Carlton.


So whilst some of us scratch our heads at current Blues Michael Jamison, Aaron Joseph and Andrew Carrazzo and ponder when / if they will ever change their guernsey numbers down - perhaps we should also be thinking about players who might, for their own reasons, go the other way...