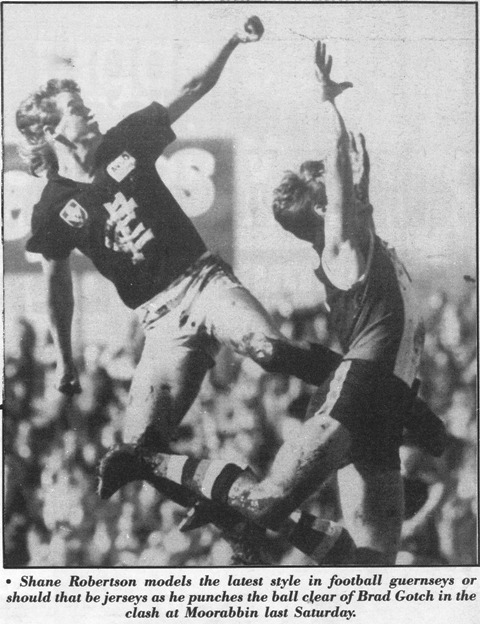 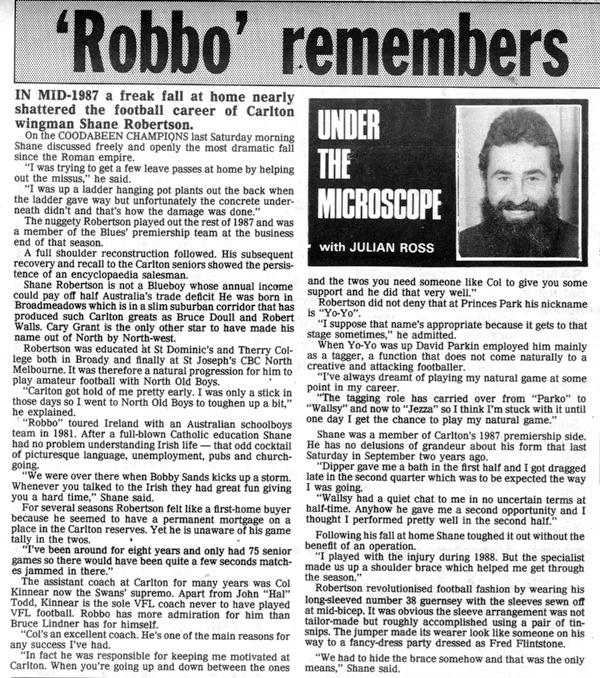 The 1980's are sure to provide many memories for Carlton fans. We experienced unadulaterated success in two phases, winning the 1981-1982 and 1987 flags and came close to others.

We recruited some of the biggest names in football (then and in the future), from near and far. Kernahan, Motley, Dorotich and Bradley were all guns on day one and became part of our own footy folklore.

Then there were the steady stream of support staff - those good loyal footballers who would complete the team and became famous in their own right. Shane Robertson was one such Blue - a loyal servant of 80 senior games and over 100 Reserves games; a man who tasted premiership success in Navy Blue.

But Robbo's story also has another tale - one of fashion on the footy field. Whilst Carlton might take an alternative colour to make a statement, Robbo would take a different guernsey design altogether - the T-Shirt!

As Robertson explains in the article (right), the new fad was actually a jumper designed to cover a shoulder brace, required to support a shoulder damaged in a fall at home.

Check out this picture!!!