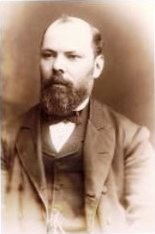 1873 June 28
Carlton Reserves/Second Twenty played Hawthorn at Hawthorn.
The game was a 1 - 1 draw with Leonard scoring the Blues' only goal.
(No first name provided)

Leonard is most likely William Howard Leonard who took part in an old players match at Geelong on August 17 1889, he was at the time the M.L.A. for South Carlton 1889 -1892.
Fellow parliamentarian for North Carlton 1880 - 1891 John Gardiner took part in this oldies match.
Leonard was not named in the team squad but the Geelong Advertiser's match review (August 19 p4) mentions him included amongst the Carlton visitors, whether he played or not is unknown.
Leonard was born in Adelaide 1851-1854, exact date unknown.
Arrived in Melbourne in 1857.
Educated at Scotch College & Melbourne University
Attorney with McKean & Leonard
M.L.A Carlton South 1889 - 1892
Died September 29 1909 in Carlton