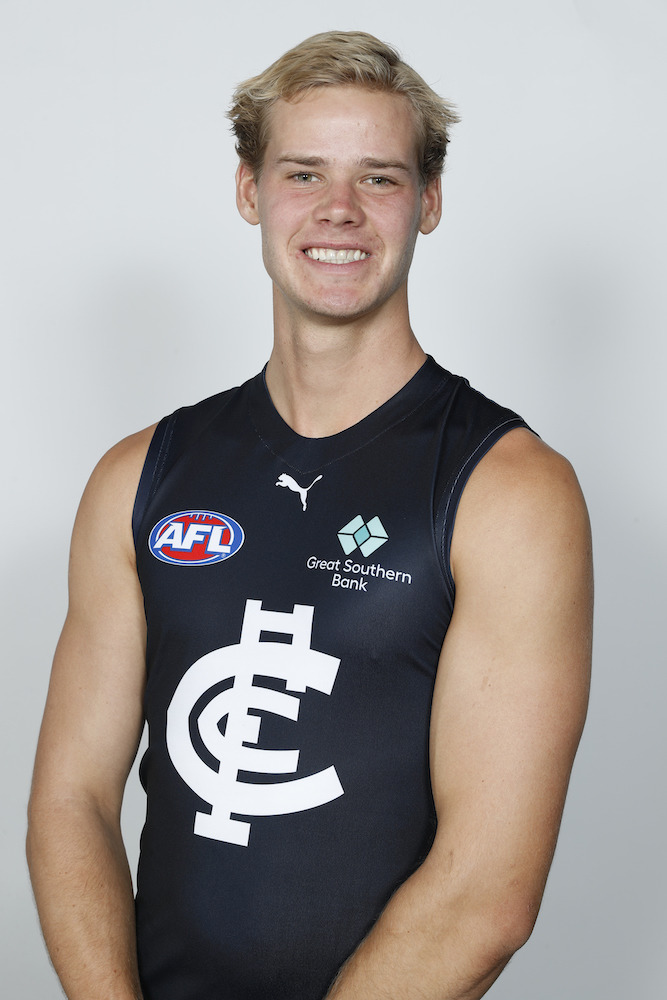 
Carlton landed Dandenong Stingrays ruck Tom De Koning in the 2017 NAB AFL National Draft. Taken with the Blues’ pick 30, he is a member of the AFL Academy and represented Vic Country in the U18 Championships this year. As a 17-year-old bottom-ager last season, De Koning played one of the most dominant games in the TAC Cup, booting nine goals straight to lead the Stingrays to a 99-point victory. As the son of former Footscray key position player Terry De Koning, the 18-year-old knows what it takes to succeed at the highest level. Although he missed the back end of the year with a lacerated kidney, the 200cm utility had already shown his potential – a sentiment echoed by Carlton’s GM of List Management and Strategy Stephen Silvagni. “For a 200cm player Tom is excellent with his feet and incredibly athletic for his size,” Silvagni said. “Even though he was unable to participate for part of the footy season, he had already showcased plenty of potential, so we know what Tom can offer our side.”

As 2018 drew to a close, the Blues looked to the youngster to debut. He would kick a goal on debut against the team his father played for in Round 22, and finish up with the 2 games for the year. It was a strong debut year for De Koning, with sure hands and great efforts in he 2's leading to his debut. Injury curtailed his 2019 somewhat, but he would find the highlights reel routinely when playing for the Northern Blues.