Carlton sensationally drew with Richmond at VFL Park. Replay required the next week.

This was only the fifth tie in VFL finals history. In a dour, low-scoring first half, Richmond had only managed one goal to half time, and when their champion centreman Ian Stewart didn't appear for the third quarter, Carlton's confidence was given a real boost. But Stewart's replacement; Marty McMillan, proved a real surprise packet. His pace and creativity lifted Richmond, and they came roaring back into the match to lead by six points entering time-on in the last quarter. Barry Armstrong's goal for Carlton then leveled the scores, before Alex Jesaulenko's desperate long shot from seventy metres fell short, leaving the score locked on 8.13 (61) apiece.

Alex Jesaulenko's long kick after the siren was a drop kick. One of the only times this writer can remember Alex using this type kick. Alex recalled many years later in an interview with Sam Pang that as he grew up playing Rugby in Canberra he only knew how to drop kick before he took up playing Australian Football. 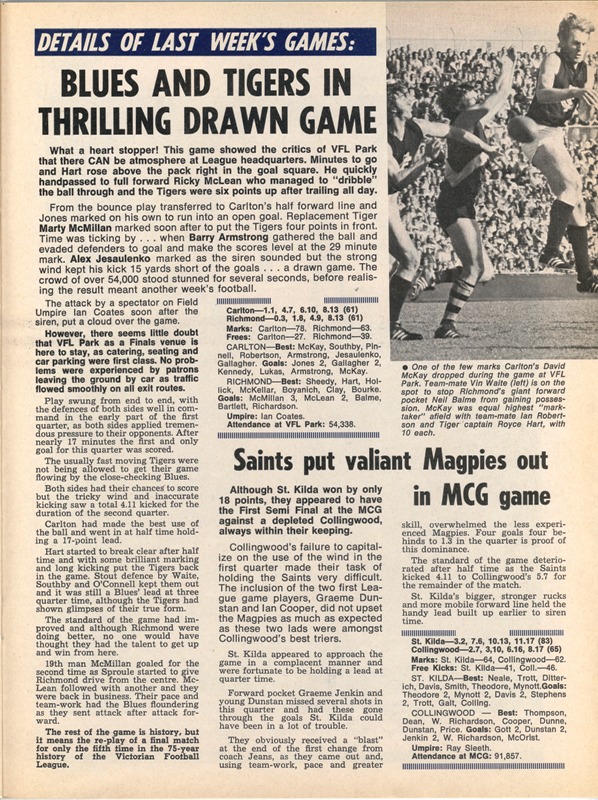