Richmond knew that their slow start cost them victory the previous week, and were switched-on from the first bounce. After an even first term, their five goals to two in the second term gave them a handy lead, and they steadily inceased their advantage throughout the match to run out 41-point winners. Former Blue Ricky McLean kicked five goals for Richmond, and the Tigers firmed into strong Premiership favourites after looming as a constant threat all season. 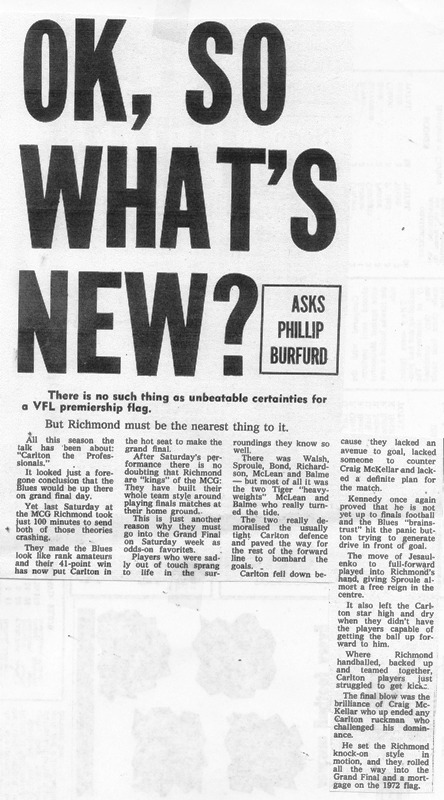